In our attempt to become more autonomous onboard R.E.D., plans are afoot to add to, and modifiy existing systems.

The first big addition was a Generator (link to post here), our never-wanting-a-dead-battery-again purchase.

At the end of the season last year, we aquired two 40W solar panels. Testing them in temporary locations showed just how effective they would be. They kept the battery fully charged throughout the day with all onboard equipment running. 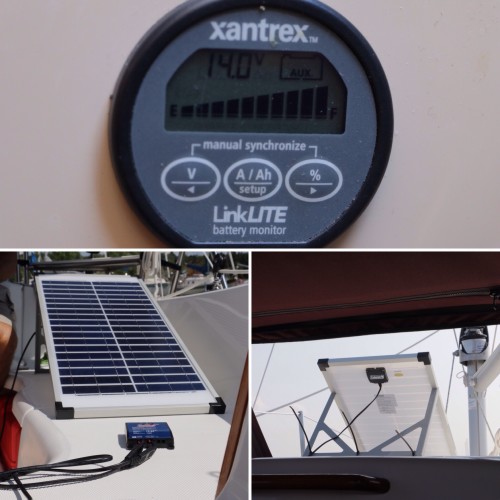 From a local hardware store we found lengths of 1-1/2″ aluminum strips, cut into 4 equal lengths spaced evenly along the windth of the panels.  By securing all four together with tape, holes could be drilled precisely.

From our marine supply store we found 4 rail mounting brackets, each tacked with a spot of PL glue to keep them in place before securing with screws. 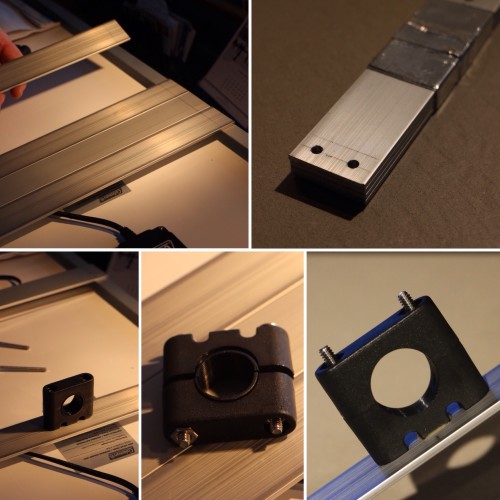 One extra strip of aluminum was cut to act as a joint between the two panels, secured in place with 3/16″ aluminum rivets. 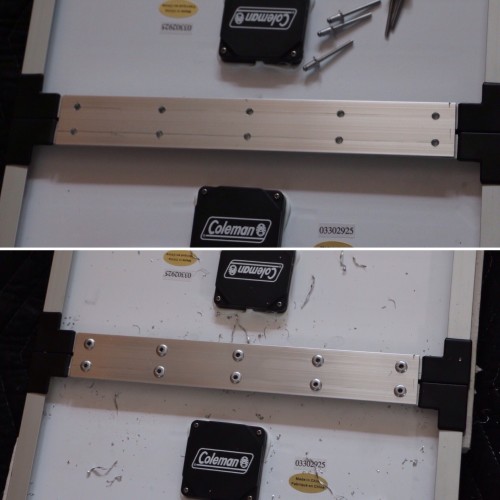 Finally, a spot of PL glue on each bracket to keep the 1″ x 54″ length of aluminum tubing from sliding, tops of brackets fixed securely with acorn finishing nuts.  Total assembly is 14″ x 62.5″. 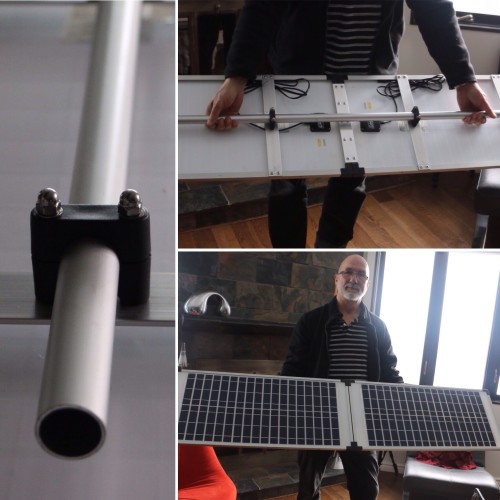 Mounting  the panels on R.E.D. will have to wait until her tarp is removed in a month or two or three.  In the meantime, Francois is busy designing the next step. 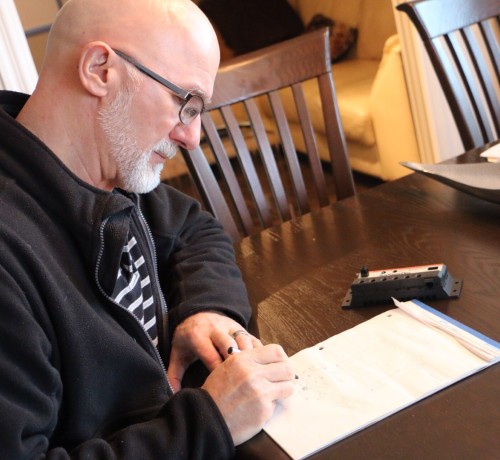