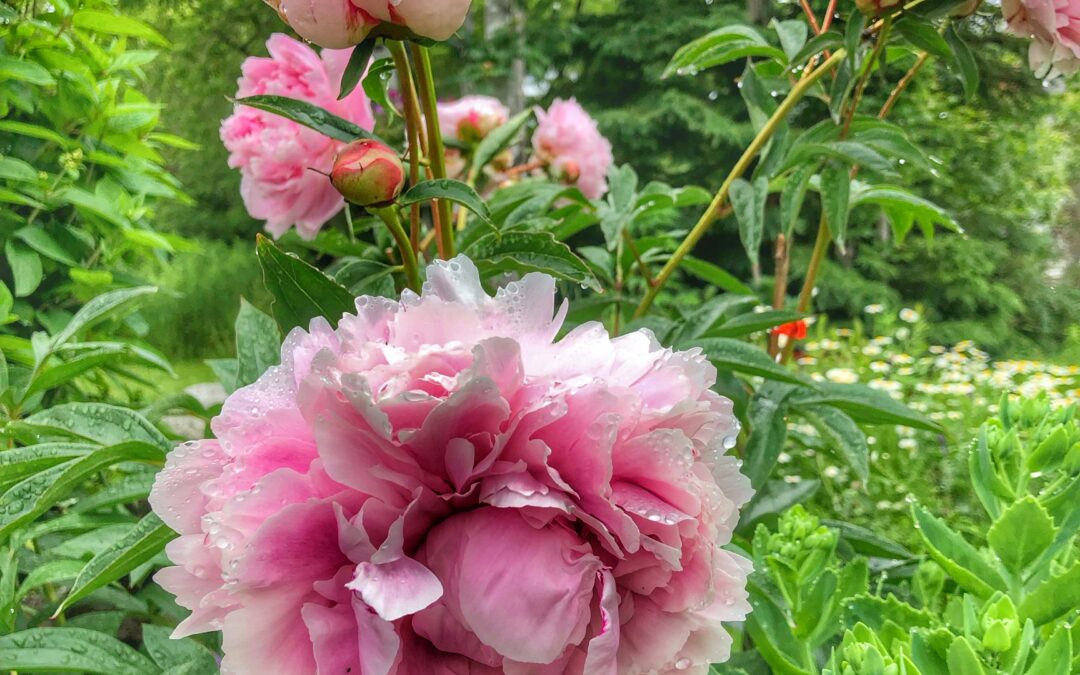 I had to laugh when I went back to this post draft, originally labeled Winter Projects. How quickly time passes when we aren’t paying attention!  Spring came and went and we are now pushing into the end of June…the summer month….but at least we are pushing forward.

When we relocated to our little paradise on the east coast four years ago, we lucked into this mostly perfect (for us) little space, RED by the Sea, as of this writing, an almost 100 year old abode  fairly recently renovated with wiring and plumbing and structurally sound.  We had to do next to nothing when we moved in except maybe refresh with a coat of paint. (OUR FIRST RENO) (CROW’S NEST )

This winter, the plan was to finally get doors made for our two bedroom closets.  Up to now there were tension polls and window curtains to close the space.  They served their purpose, but it was time.  The problem with old homes is that nothing is square and each of the two openings had different measurements so they required custom build. 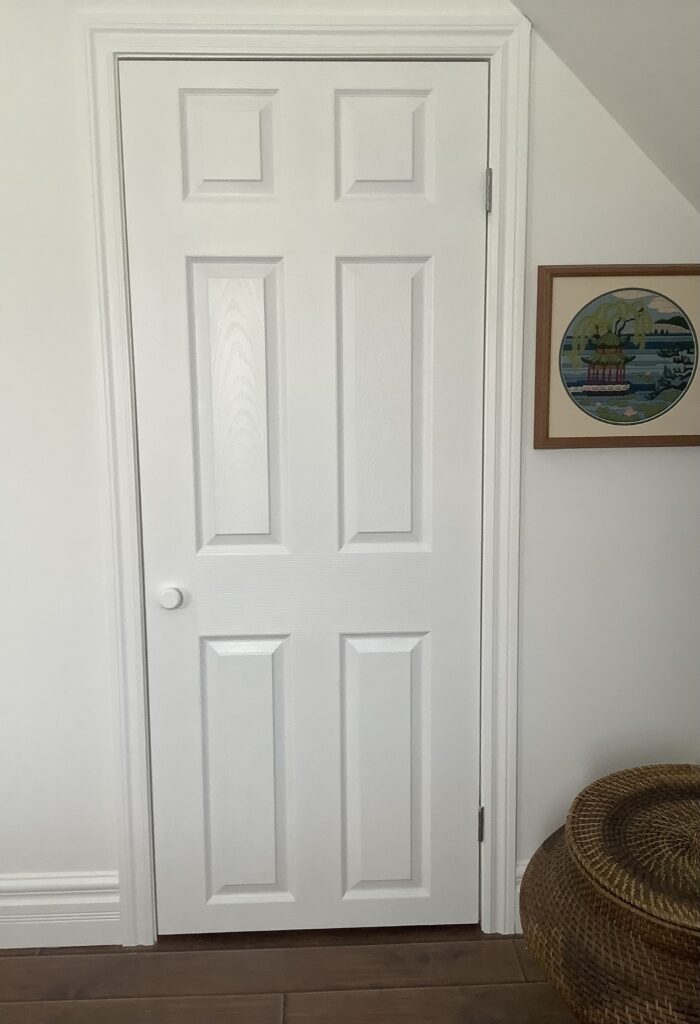 Another challenge was the configuration of furniture in the guest room.  We had purchased a bed that nicely transformed from single to king sized as needed for visitors so that when the bed was at its maximum there was no way any standard door would open, custom or not.  I found a reasonable compromise with an accordion style….not the prettiest but it sure beats those old curtains inherited from the previous owner. 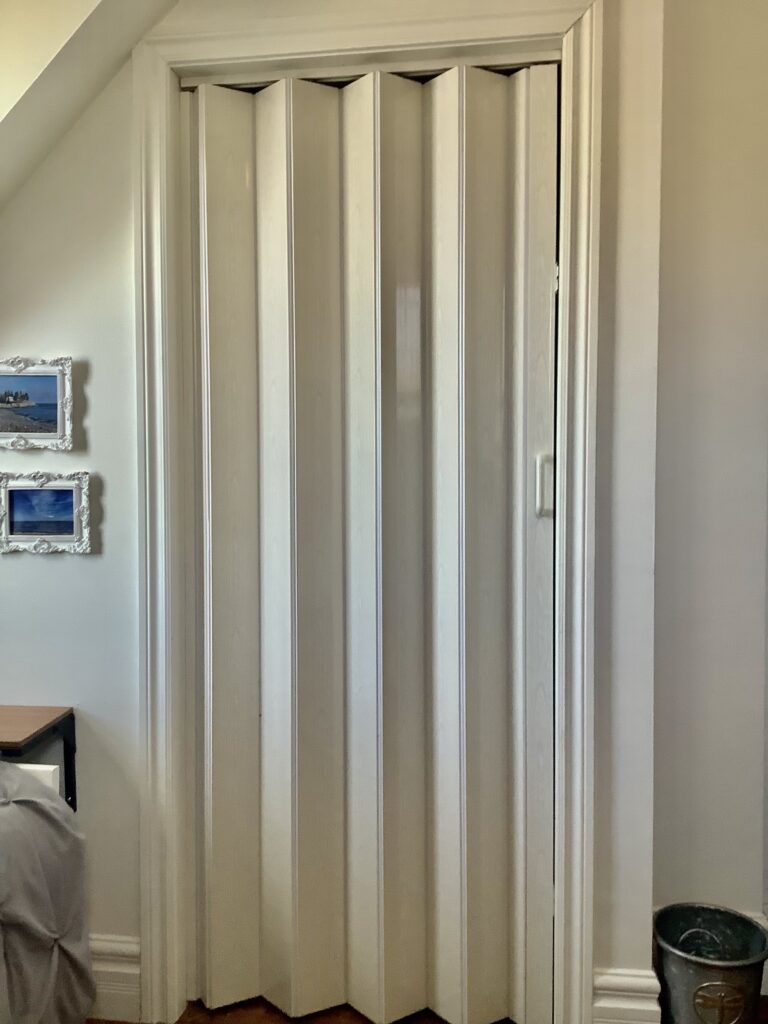 The other project was to do a bit of a facelift to the basement bathroom.  It’s functional but has no character…and after all of this time, do I ever need a decorating project!

The laundry space just outside that bathroom is small but again, functional….barely.  The side by side washer dryer takes up so much precious space that I thought, why not stack those babies.  The machines were at least five years old when we moved, also Sears models, but with a bit of internet search I found out which company made those particular models and located a stacking kit to fit.

So now we have stacked machines and a laundry tub to make washing up so much easier.  Also F’s bathroom have been refreshed with a coat of paint and some new furnishing.  He chose a fresh sunny colour and a nautical theme with some fun kitschy accessories. 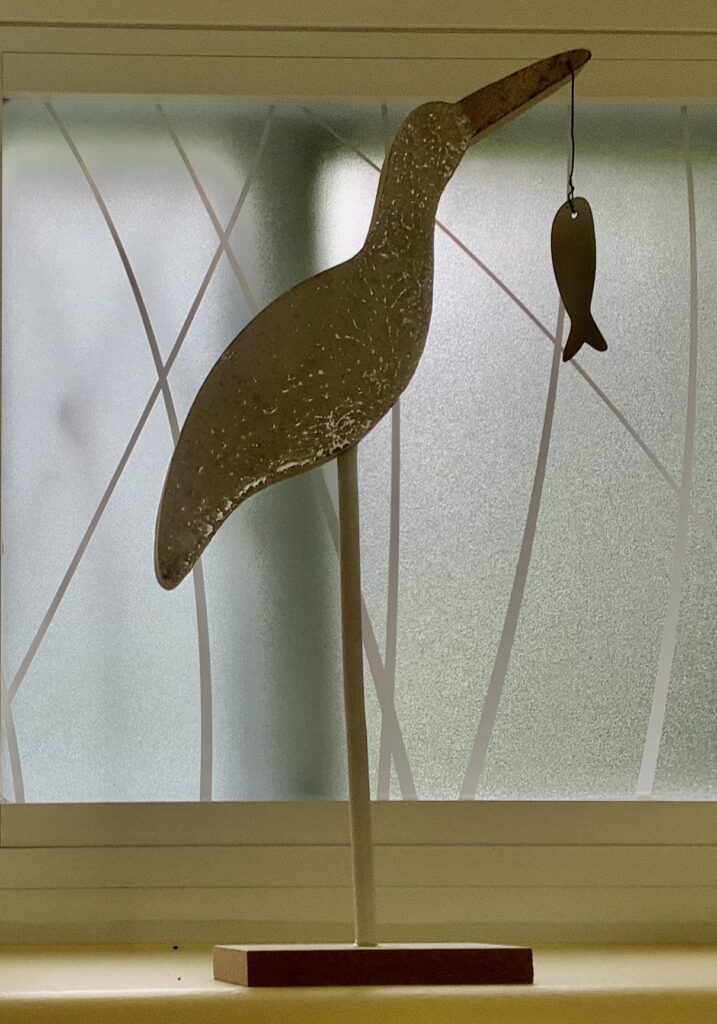 Zula, the Road Warrior update: our now six month old kitten loves the outdoors, harness and leash, backpack and sling, car rides and walks to the beach, welcoming visitors and as of this writing is moderately comfortable placing her two front paws into the water. She is the proud owner of a life vest but it still remains to be seen that she will wear it for water excursions. We try to make her a part of daily activities as much as we can. 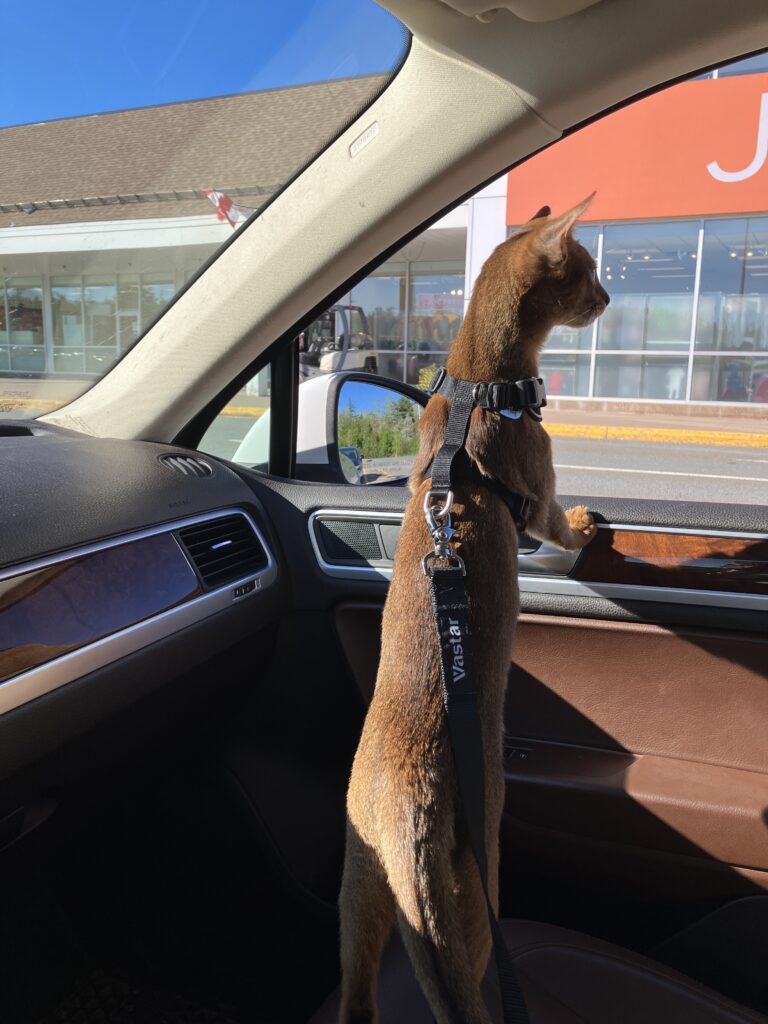 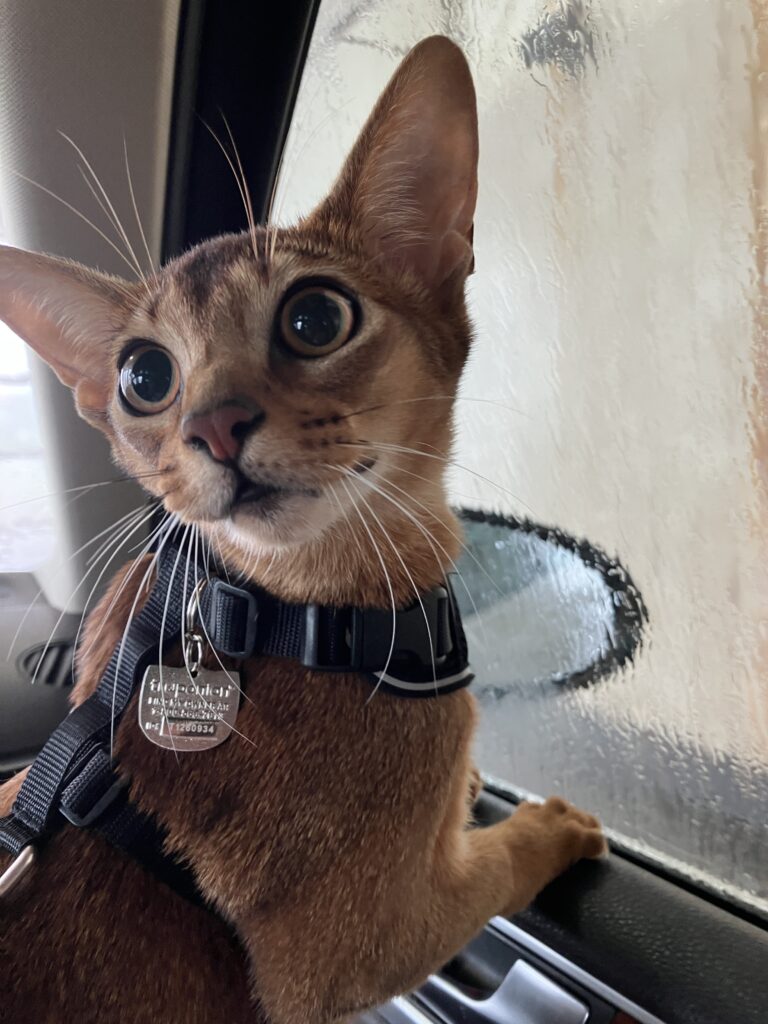 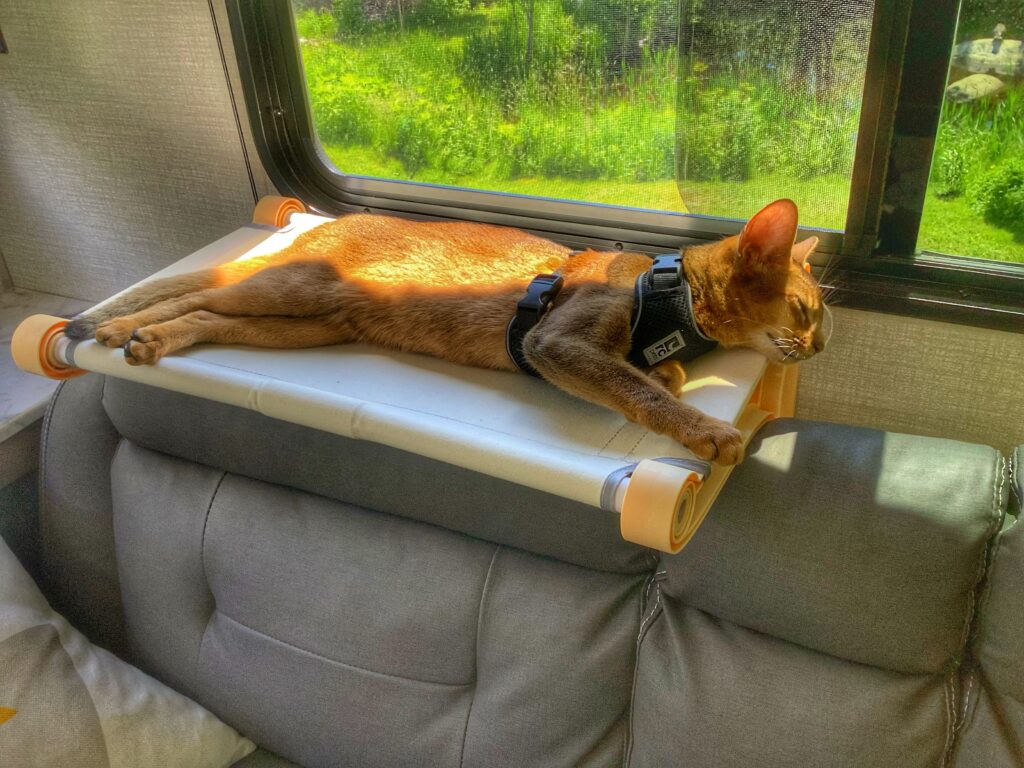 She loves intently watching F at his renovation projects.  In the galley she is much less likely to ‘watch’ and has become more ‘paws on’ in her approach. The first time she found the nerve to mount the counter top, I was preparing a grilling supper enclosed in  foil packets. On first leap her paws grabbed each piece of foil as our whole dinner dropped to the floor. I emitted several very salty words, cleaned up the mess, and laughed.  Was the first but no doubt will not be the last…and who could stay mad at that beautiful little innocent face? 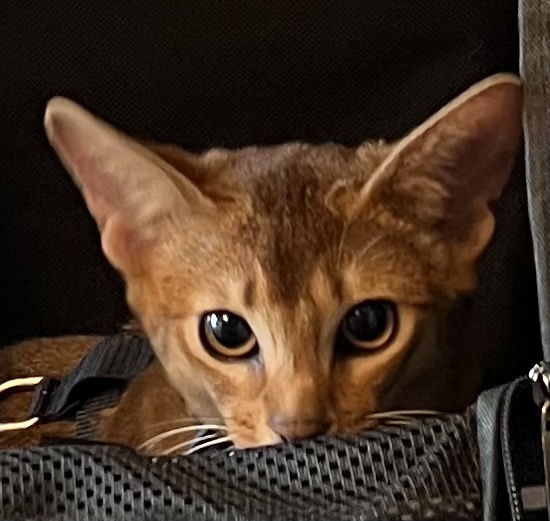 For the Battle of the Atlantic ceremony this year we were able to have a full parade.  My son Luke gladly agreed to participate and marched with pride with the rest of the Legion veterans. 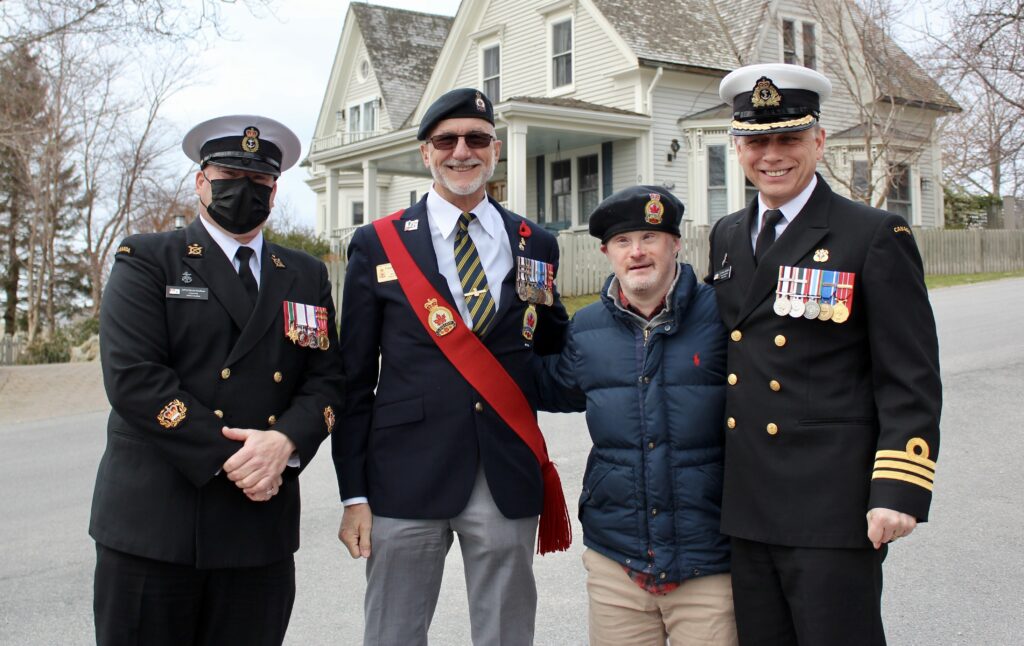 Battle of the Atlantic Parade

We recently attended the Bluenose marathon. Two grandkids, aged 7 and 5 both ran it this year in the 2km and 1km respectively. 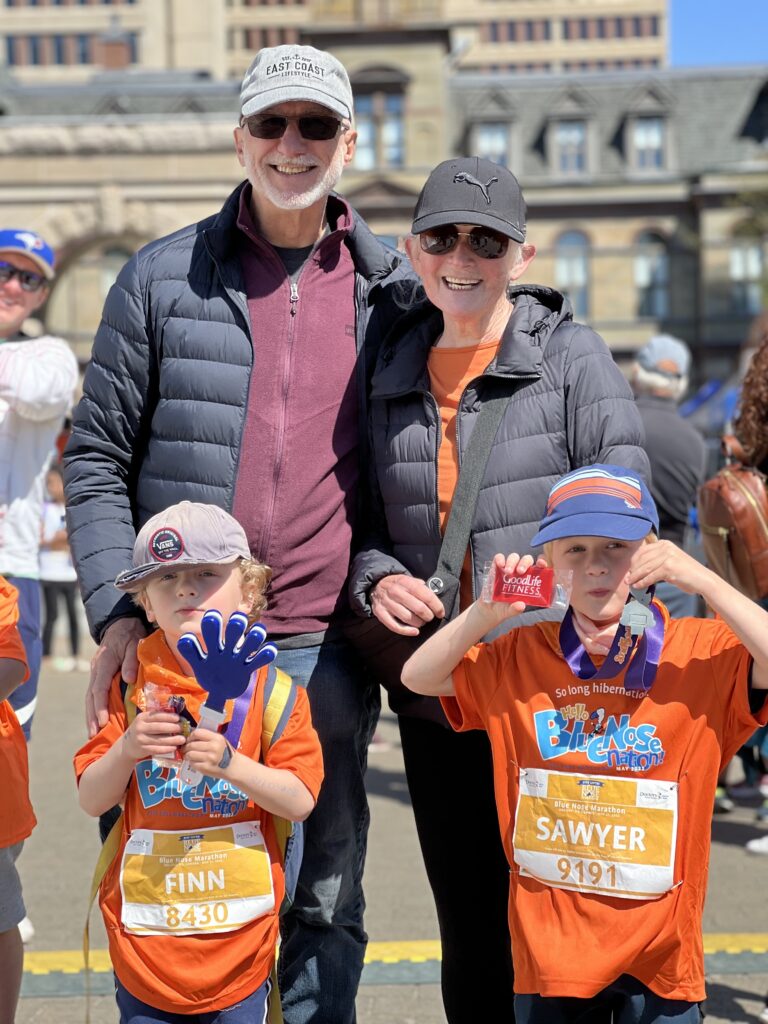 My daughter works as Marketing and Communications Director for Brigadoon Village, an organization that provides camping experience for kids with health challenges.  Several months ago we attended a fund raiser. 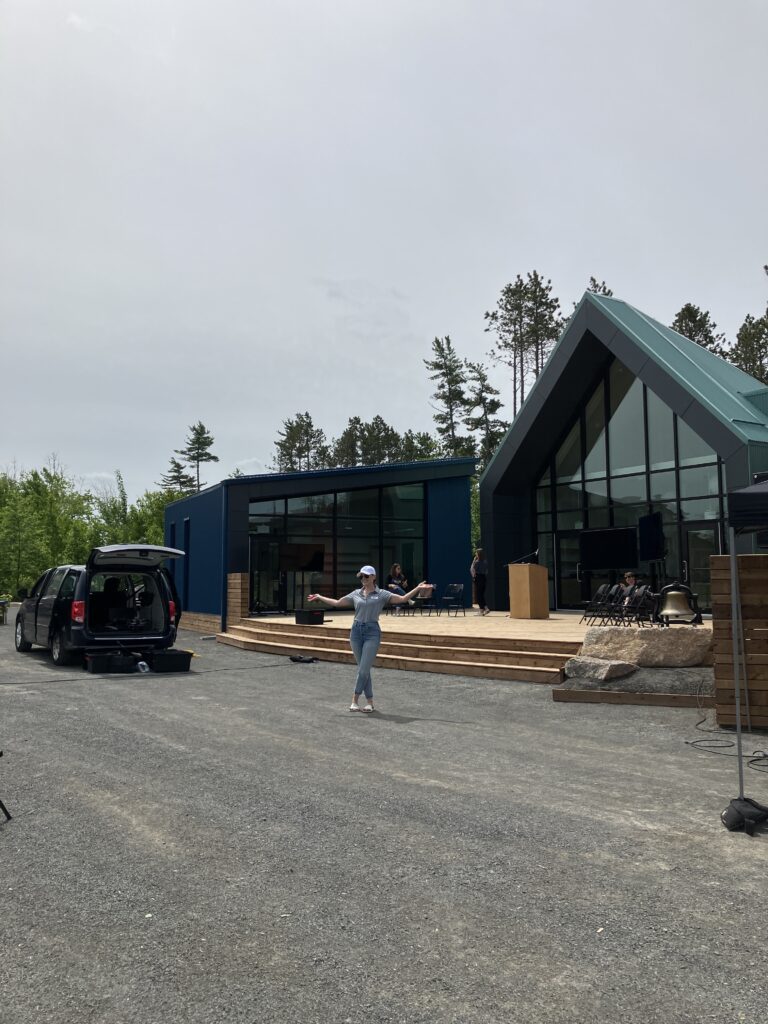 The aim was to raise 12.5 million to complete an expansion project.  Having met their goal, they held a grand reopening to mark the success… 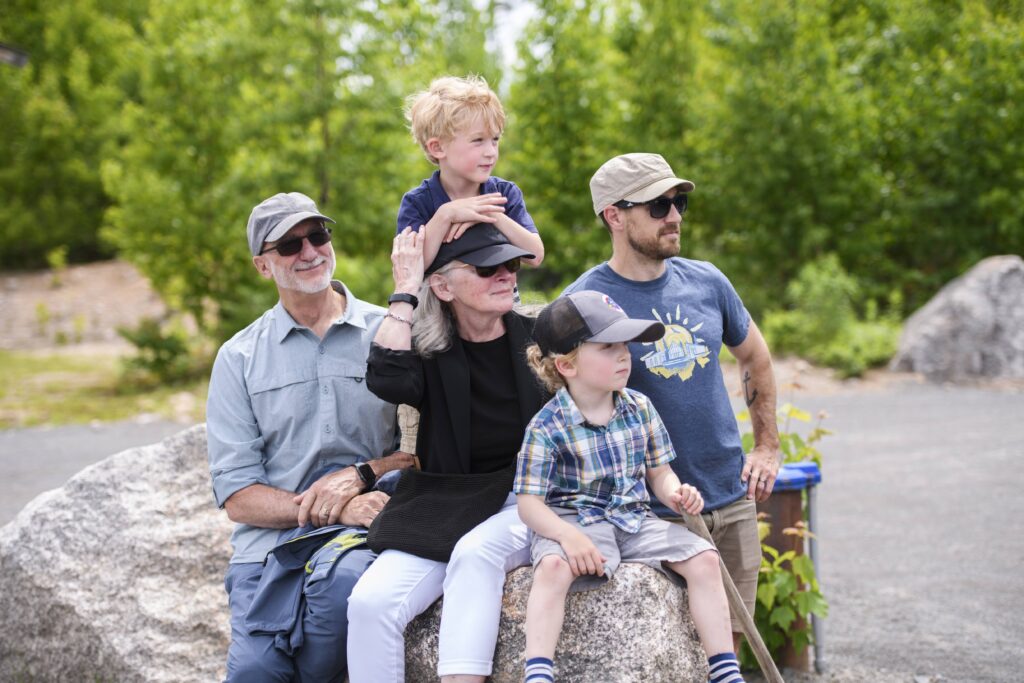 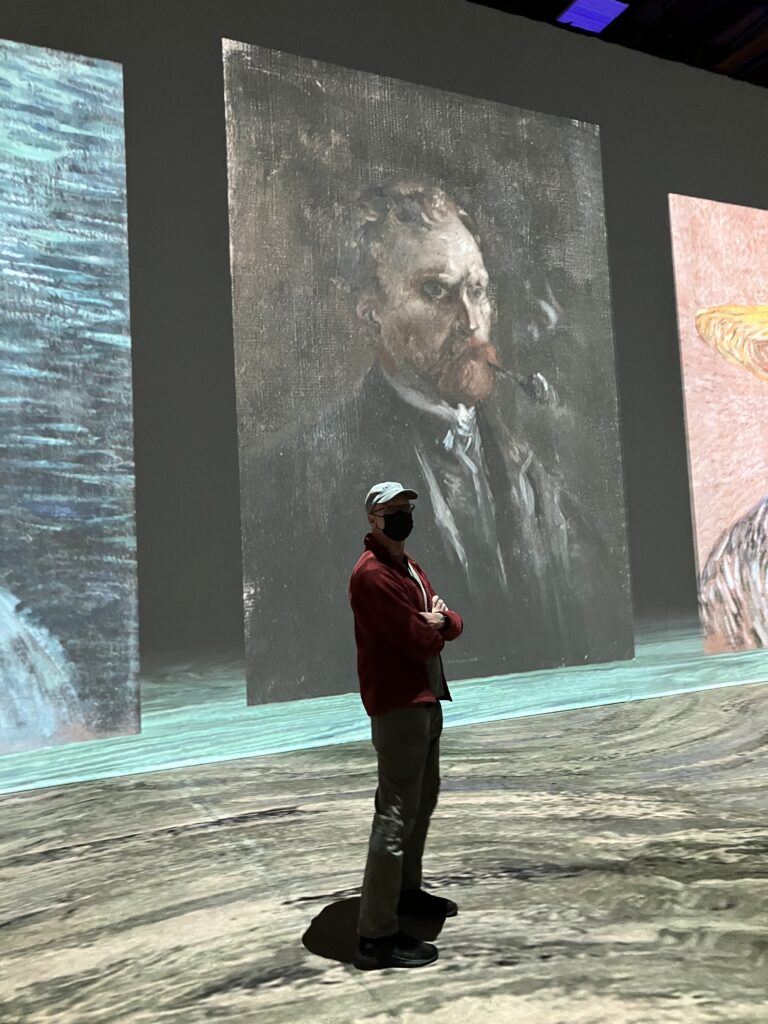 Another proud grand parent moment was watching my grand-son live on TSN, chosen from high school players from across the country (the only one chosen from New Brunswick/and one of three from Atlantic Canada), for a CFC Prospects match… 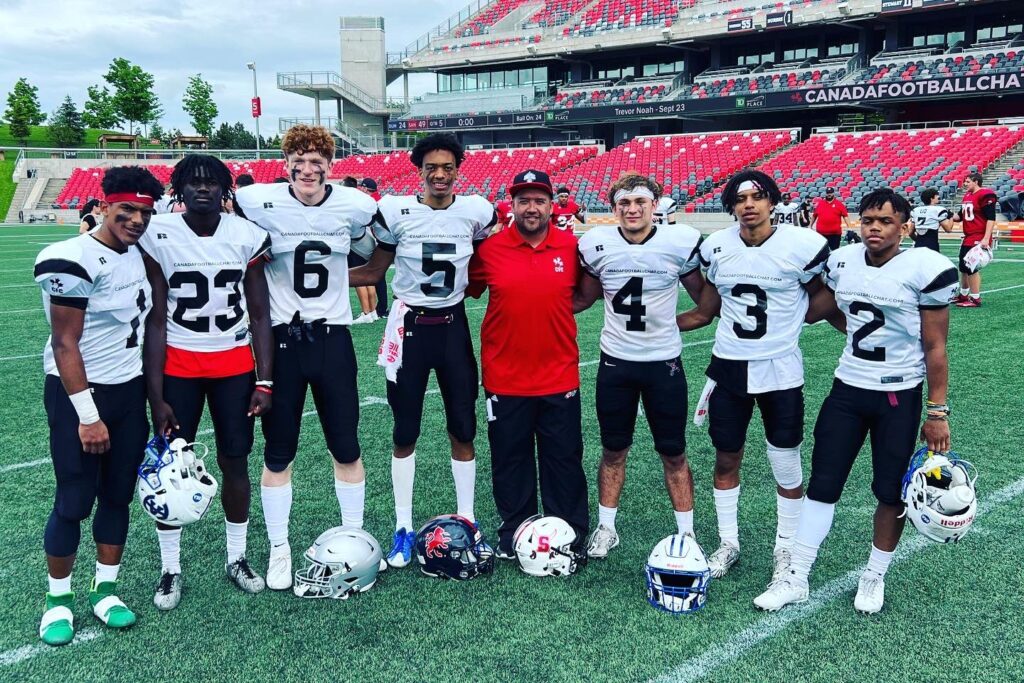 Our gardens are flourishing and a duck couple blessed us with ten babies, seen below in front of Duck Pond island… 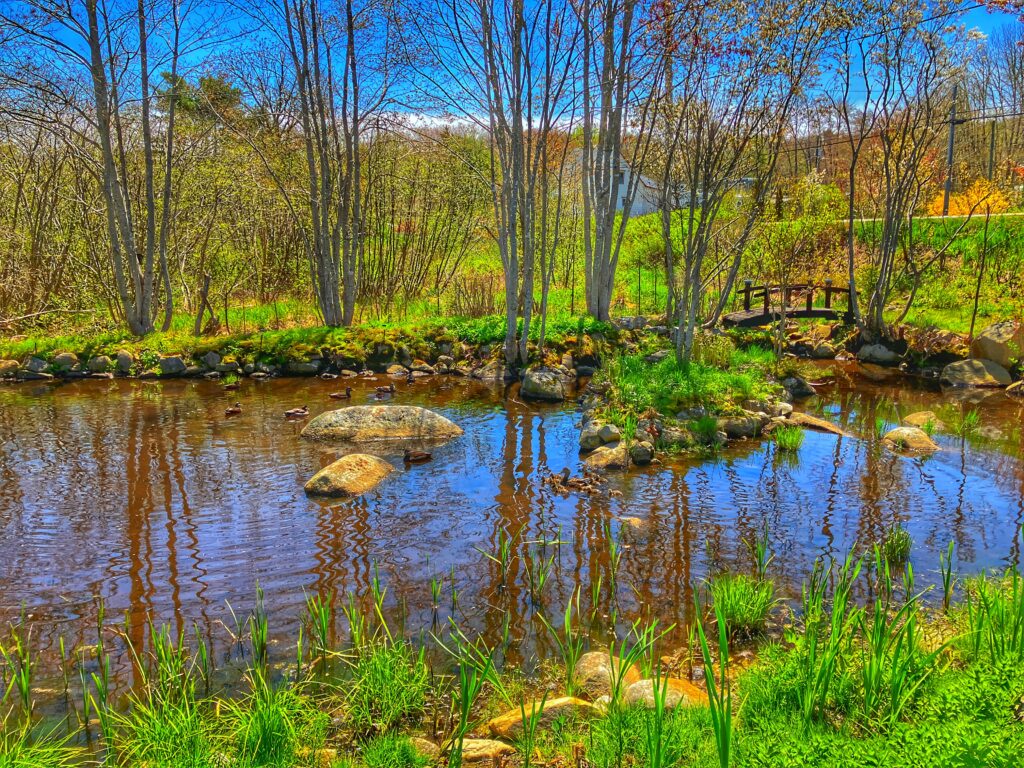 And finally for all of you RED fans.  We are still in touch with her current family who continue to send us news from the Yukon.  As much as we miss her, we can’t be more happy for her to have the life she  was meant to lead… 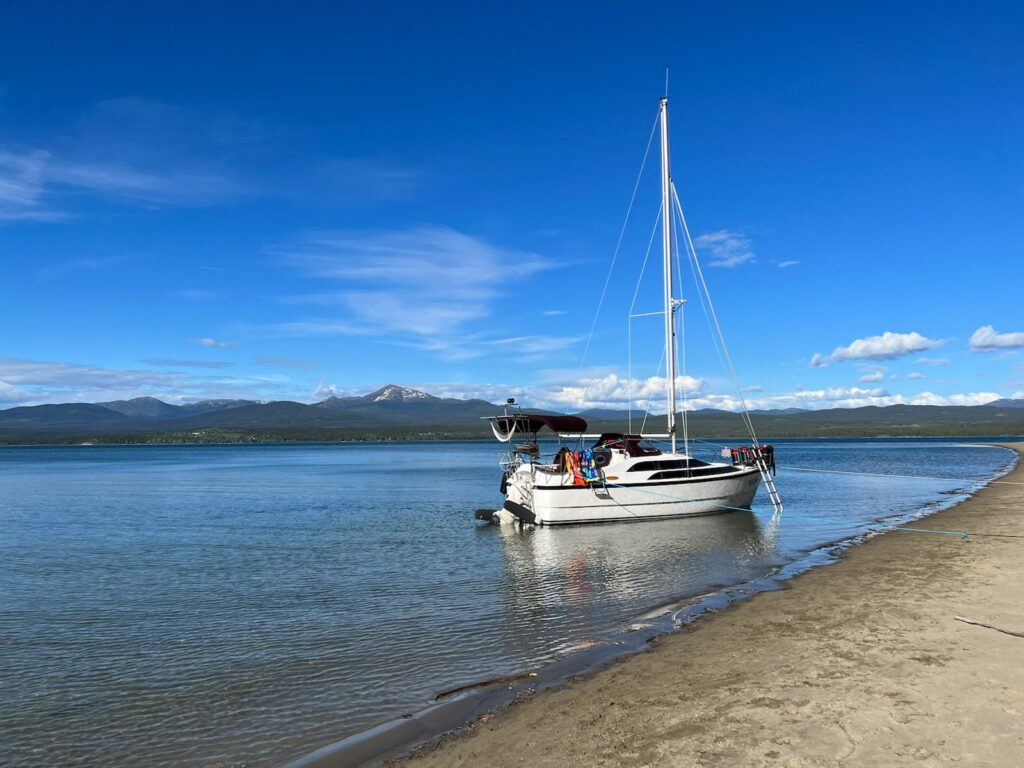 I’ll leave you now as we make preparations to jump into our summer months full tilt.  It’s looking like a busy one for the crew of RED II at RED by the Sea. Camping trips.  Guests from away. And the times in between filled with the  day to day…