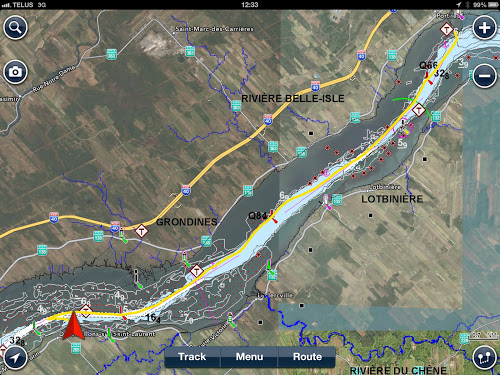 Our plan was to leave Quebec City and continue strait to Trois-Rivières.

With strong wind advisory and fighting the tides and currents

we stopped at Portneuf for the night.

With a not so great marine forecast,

Portneuf early as weather/winds forecast for tomorrow was much worse.

Waves swelled to at least 2 metres and winds continued to increase.

At one point it was so difficult to control direction, we did a complete 360 °.

From the map below you can see we did a 180 ° – this time intentionally.

My fantastical Captain and life-skipper timed the turn perfectly into the waves.

As conditions continued to worsen,

to hold up for the night or until the weather improved. 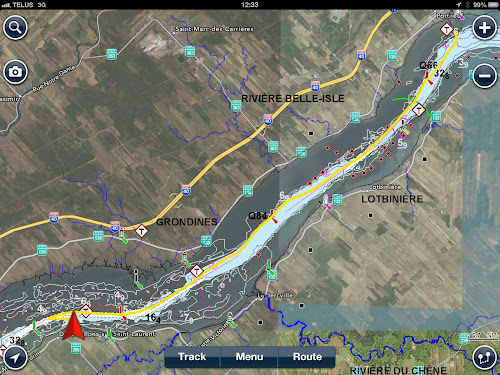 …when we are back to civilization, internet and phone service I will fill in the blanks,

but for now we are safe,

not so very dry…