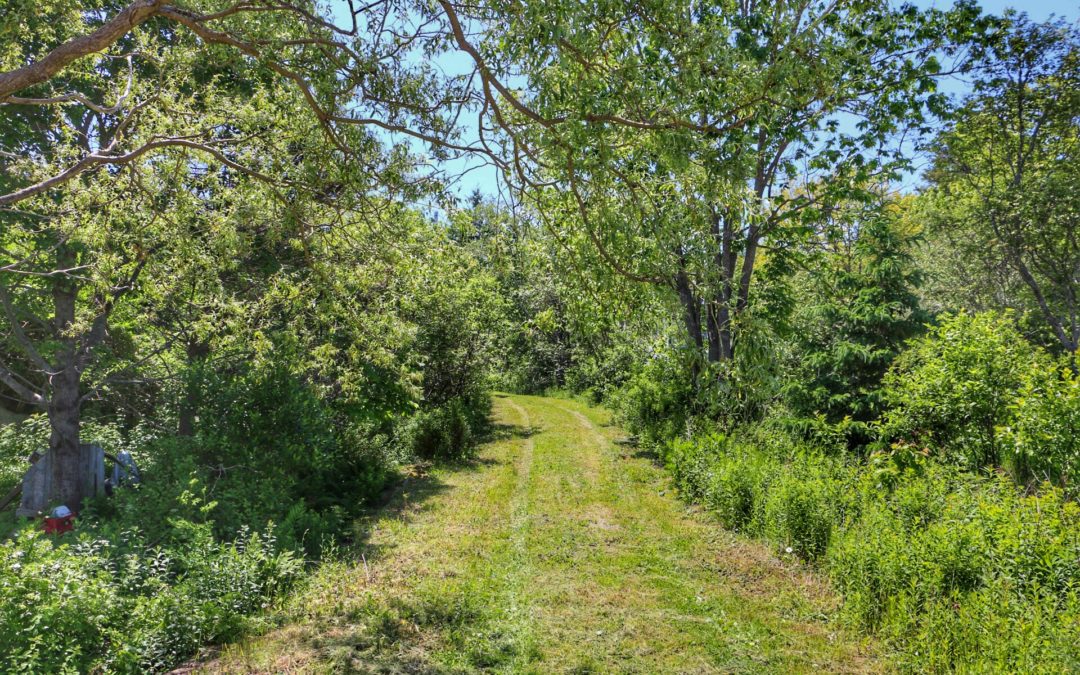 “What if all I want is a small, slow, simple life?…

What if I am most happy in the space of in between?…

What if I am mediocre and choose to be at peace with that?” …

Excerpt from “What if All I Want is a Mediocre

When I look back to how our lives have changed over the past five years and even how the tone of our blog posts have changed, I have to shake my head and wonder when we actually altered course.  Our blog used to be all about what we did with the boat, where we went, the problems we had and how we solved them, the modifications we made.  It was to have been a journal of sorts of our journey and in part for those who had similar boats or intentions. 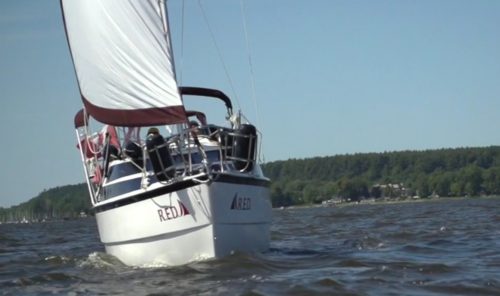 We’ve had some pretty cool adventures on our little boat and made changes on her to transform her into our little water chalet .  Our first year, Trois Rivieres to Quebec City .  The Rideau Loop and Thousand Islands  our second.  New York and Long Island Sound our third.  And last year our biggest adventure to date, the magestic St Lawrence River and Gaspe region. 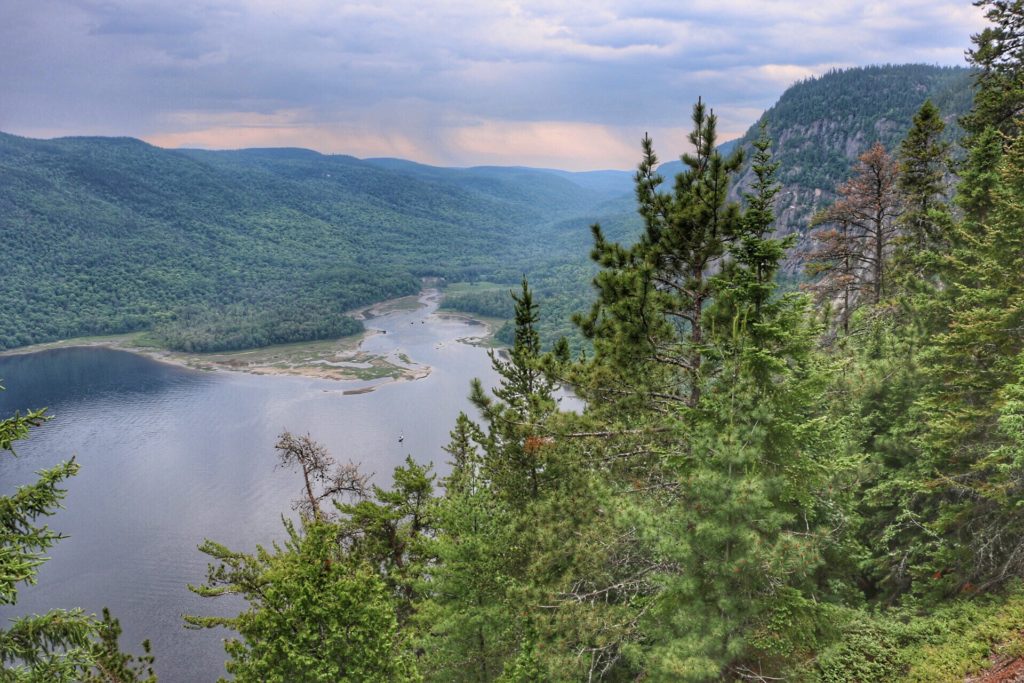 These were all a part of a five year plus plan we created that centred around R.E.D. This year, summer 2017, was to be have been our three-month Lake Huron and Georgian Bay cruise. Weather with so much rain bringing high water levels seriously cut into our planned time away so we headed east instead where we fell in love all over again. Next year, 2018, was to have been our Great American Loop Adventure, taking a year off to cruise to the Great Lakes down the Mississippi River to the Gulf of Mexico, around Florida (maybe taking a side trip across to the Bahamas) then back up the Intracoastal Waterway making our way home.  The Canadian versus US dollar and the current political climate has discouraged us from continuing down that road…for now at least.

We threw around the idea as a lot of cruisers do, living aboard or spending six months somewhere in the south on the boat during the winter months.  A very appealing dream it is. But as we see with cruising bloggers whose adventures we’ve followed, so many seem to have branched off after several years into land-based pursuits leaving water life behind.  And as we age, concerns about health care and increased costs of insurance became a very real focus.

We even looked into the costing of buying a land-based live-aboard vehicle, specifically the Canadian made Safari Condo with about the same amount of living space as R.E.D. Sharing our ideas and dreams with each other of travelling through our great country, through the US and further became a fun pastime for us.  Loading it on a boat to cross over to Europe was also considered.  But then  R.E.D. happened.  She was an expansion of the RV idea of travellling and exploring allowing us to change not only land plan but water as well. The best of both worlds.

There is so much more we want to do with our lives too.  If we invest totally in a water life will we be able to feed our other passions?  Travel for instance.  Francois lived for two years in the south of France and promised that someday he would take me there.  I was lucky enough to have bare boat sailed in the British Virgins so have promised to take Francois someday to re-live with him those adventures. 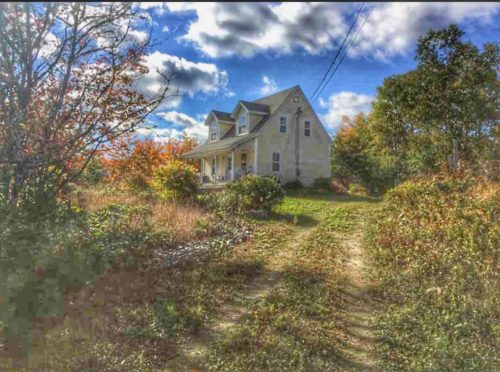 RED by the SEA

All of this brought us to thinking about a life at the edge of the sea instead of a life on the sea which led us to where we are now…our RED by the SEA.  We can still return to cruise Lake Huron someday.  We can still revisit the Great American Loop plan.  But this shift has freed us up to do other things while continuing to explore this beautiful part of Canada. The Saint John River for example has been called the Rhine of North America and is now added to our water plan. And sailing the exquisite Bras d’Or Lakes nestled in the centre of the Cape Breton highlands, is something I’ve dreamed of doing for many years now. 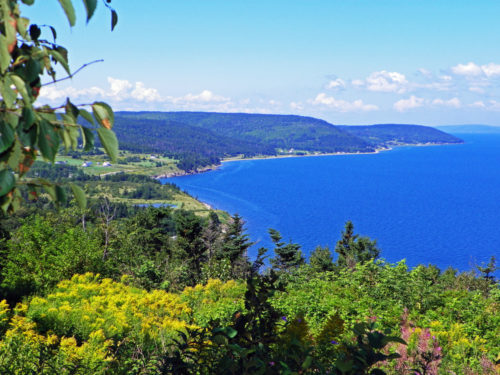 As you read this post we are no longer Montrealers.  We are nomads, literally homeless for the next few weeks until RED by the SEA is legally ours. Of course we’ll return for family and friend visits but it’s with so much emotion that we leave behind our nest that was to have been our ‘forever’ place with its magnificent four season views, replacing a city life for one in the country. 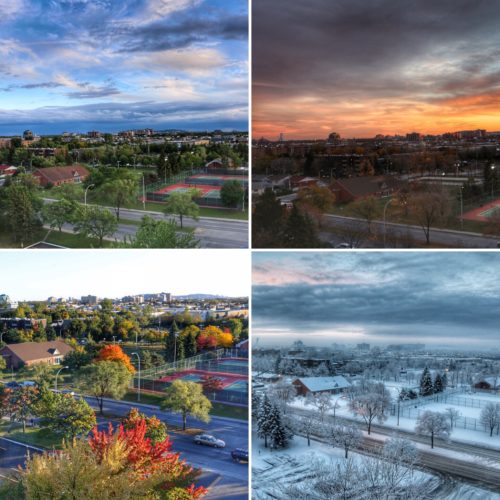 Our belongings are now packed into the POD. All our wordly possessions reduced to a little over 1000 cubic feet (and yes, to those who placed your bets, everything fit thanks to my master planner.  Was there really ever any doubt?) 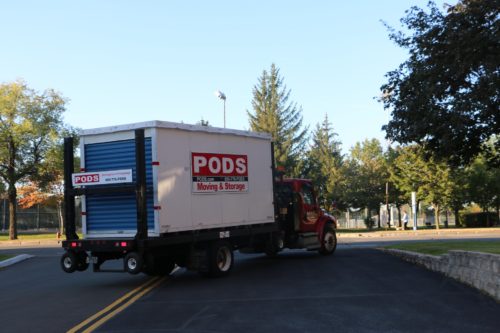 Our Life in a Box

Are we ‘settling’?  Are we compromising? A lot of thought and soul searching went into this latest decision and it feels so right.  It’s like slipping into a warm bath, or putting on a favourite pair of jeans or hanging with your best friend.  We haven’t settled or compromised.  Not at all! We’re right where we should be, that space of in between where calm lives. 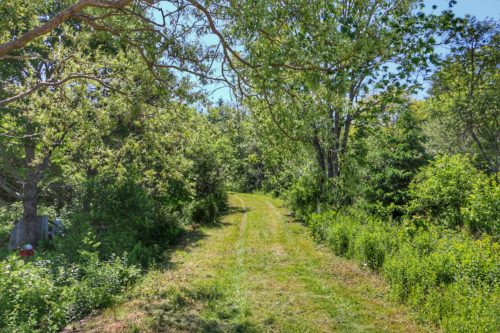