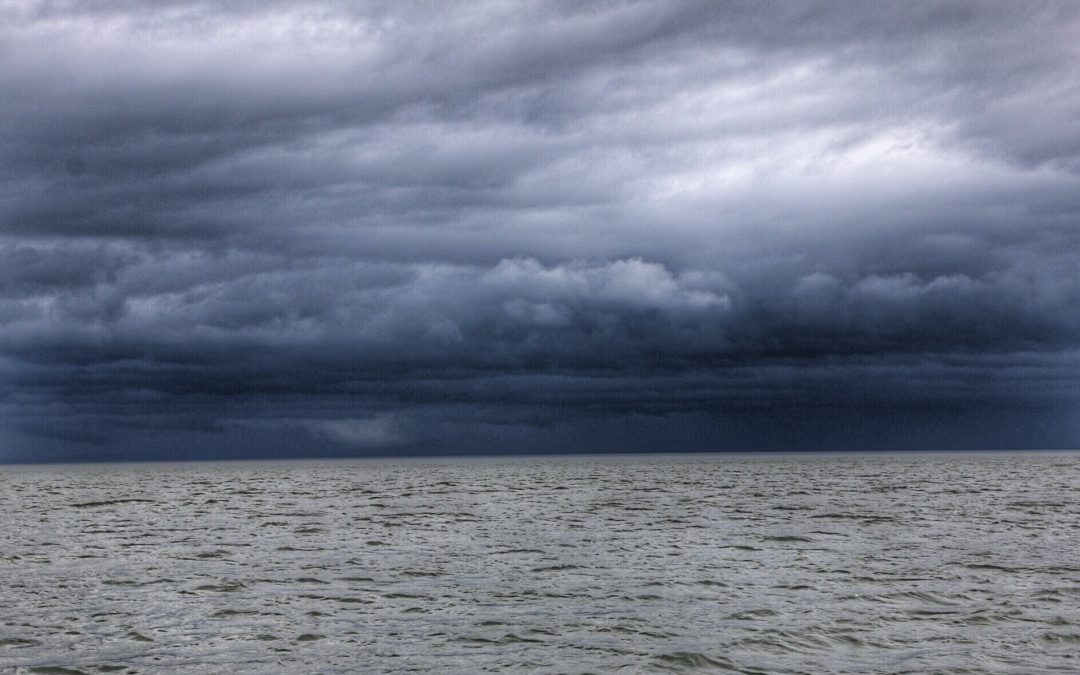 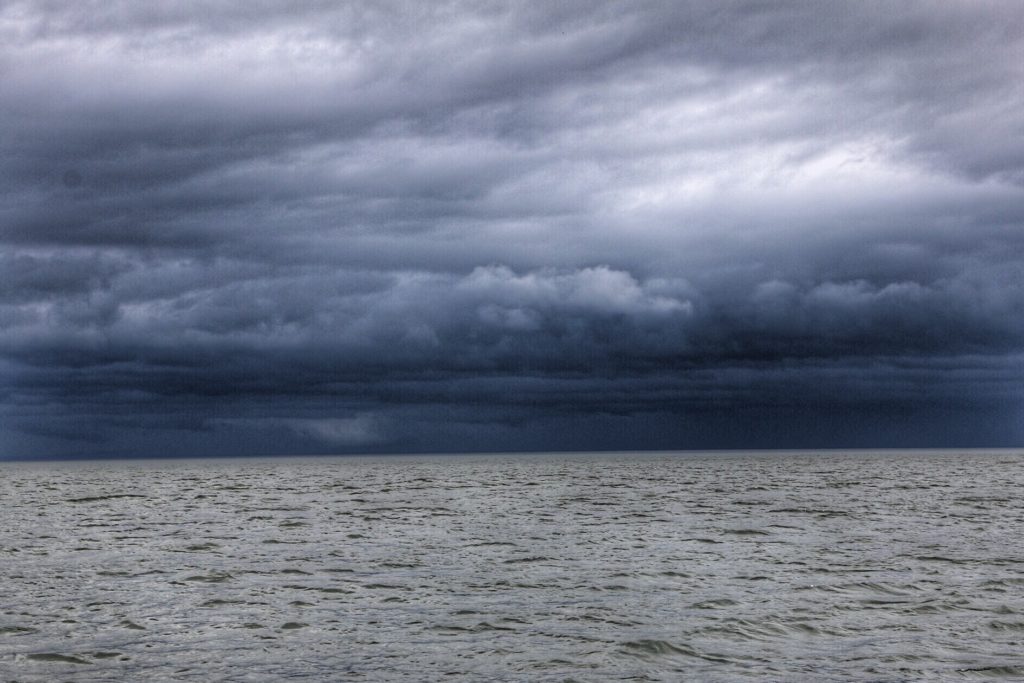 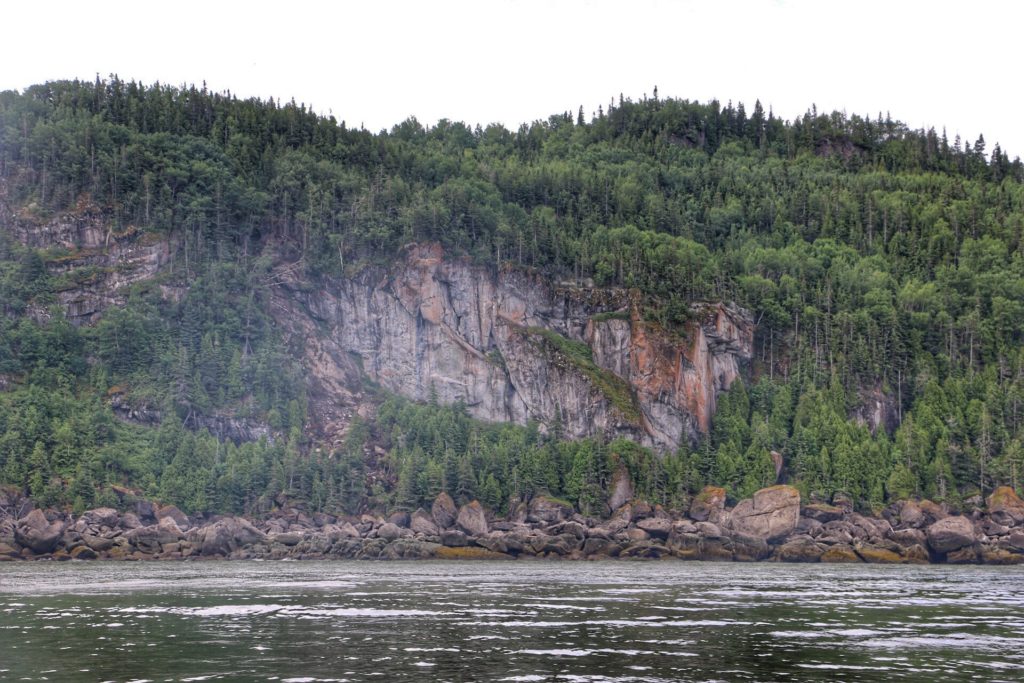 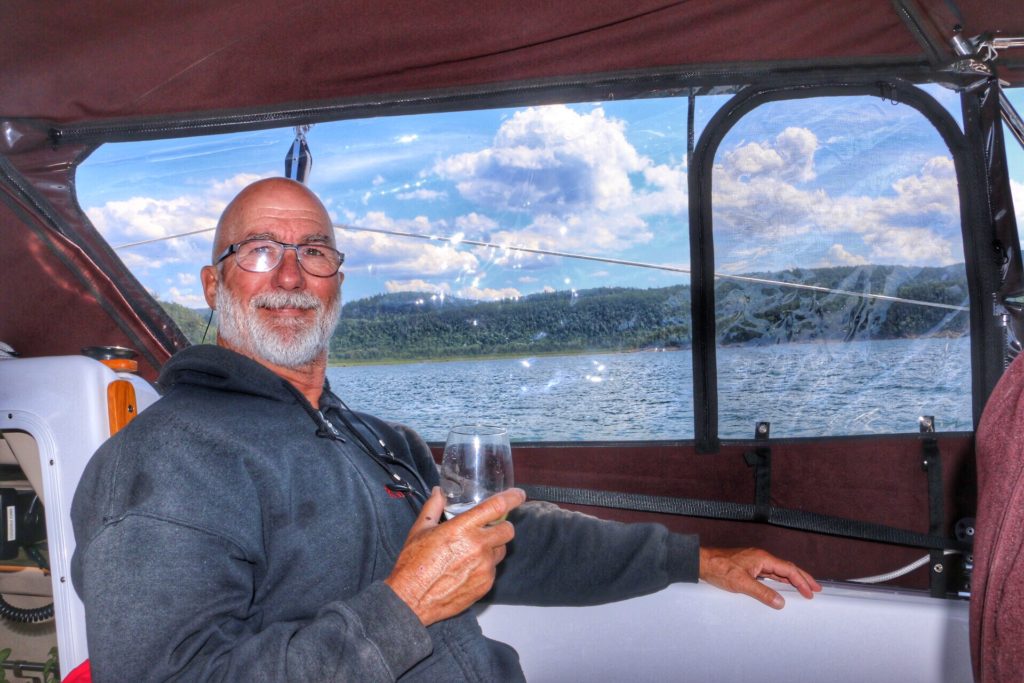 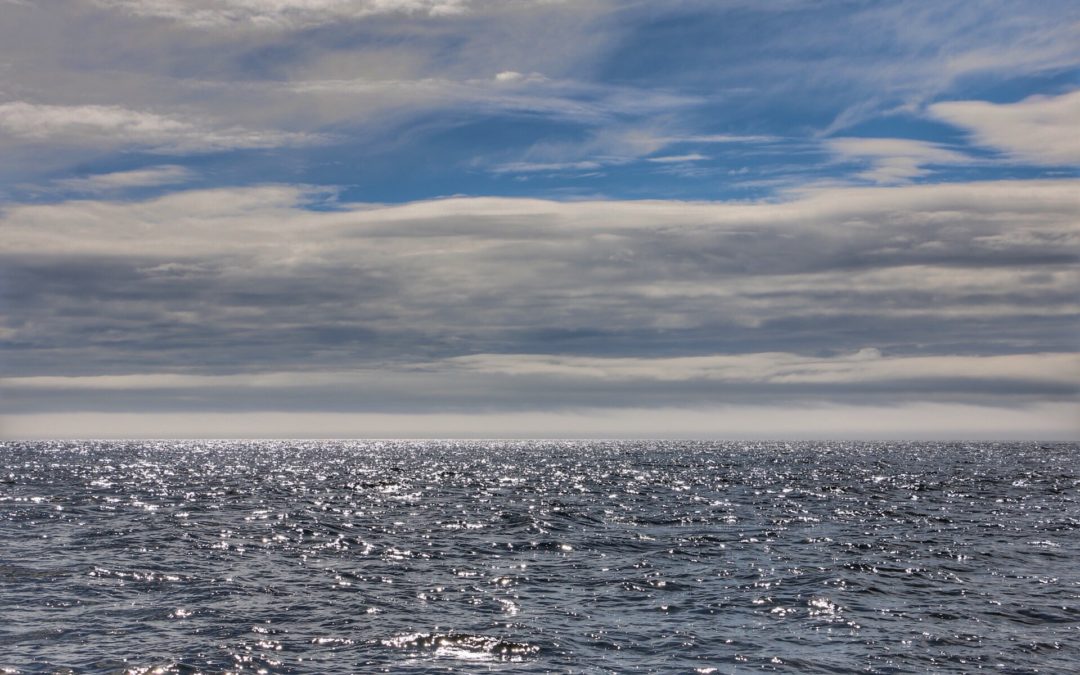 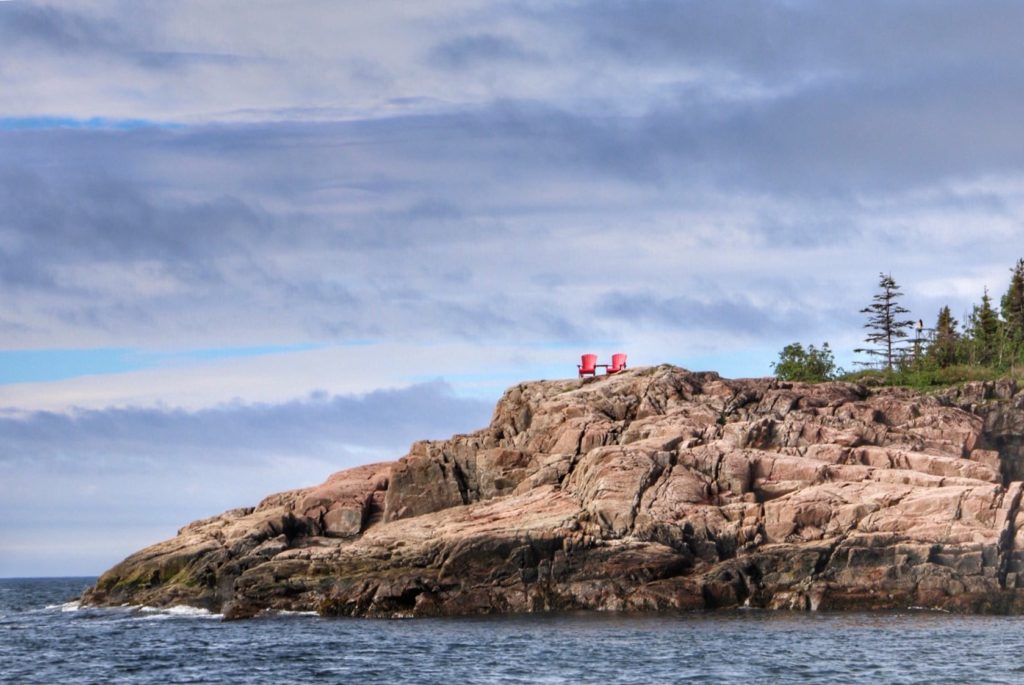 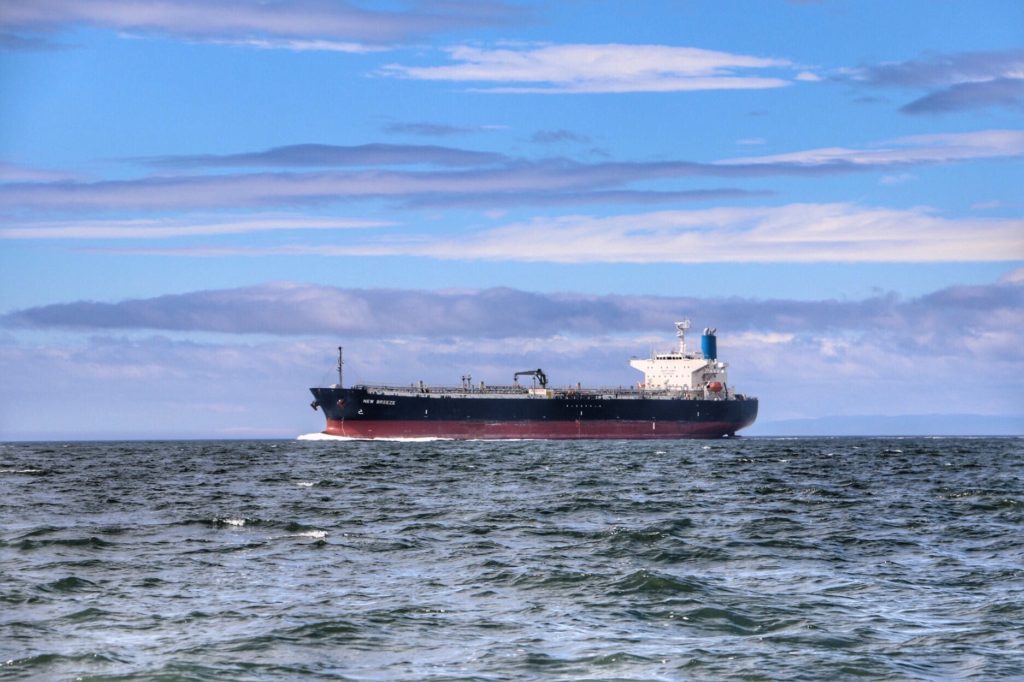 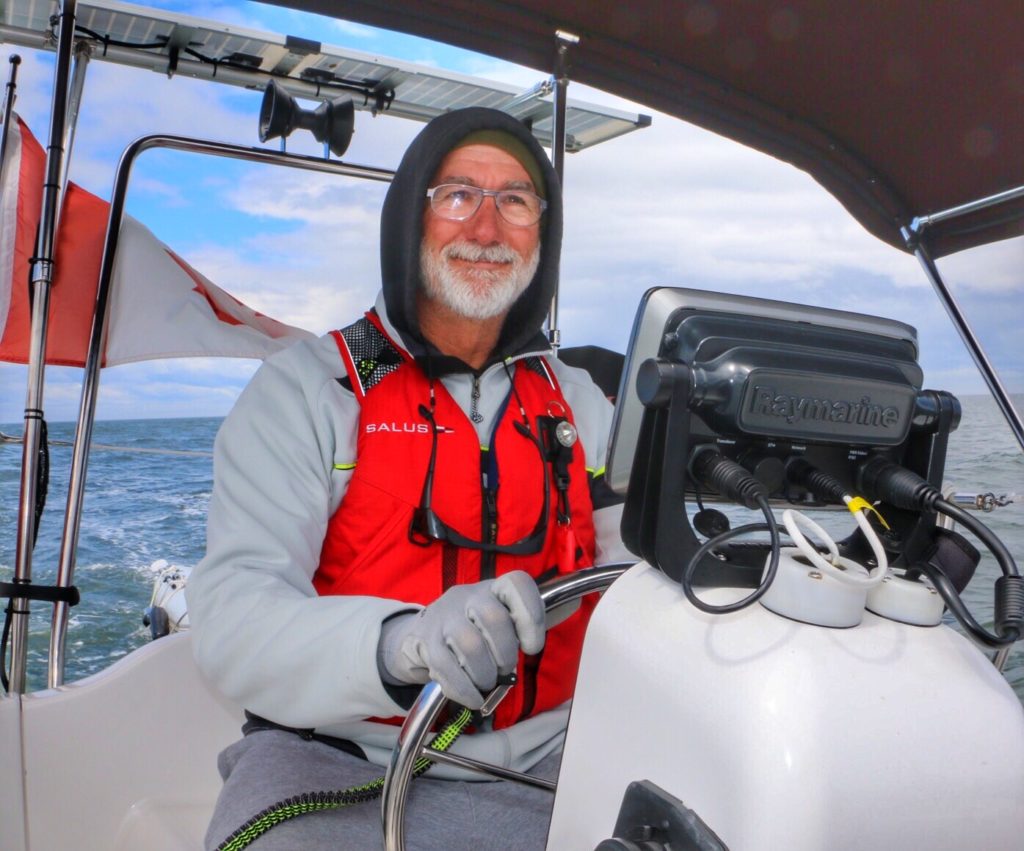 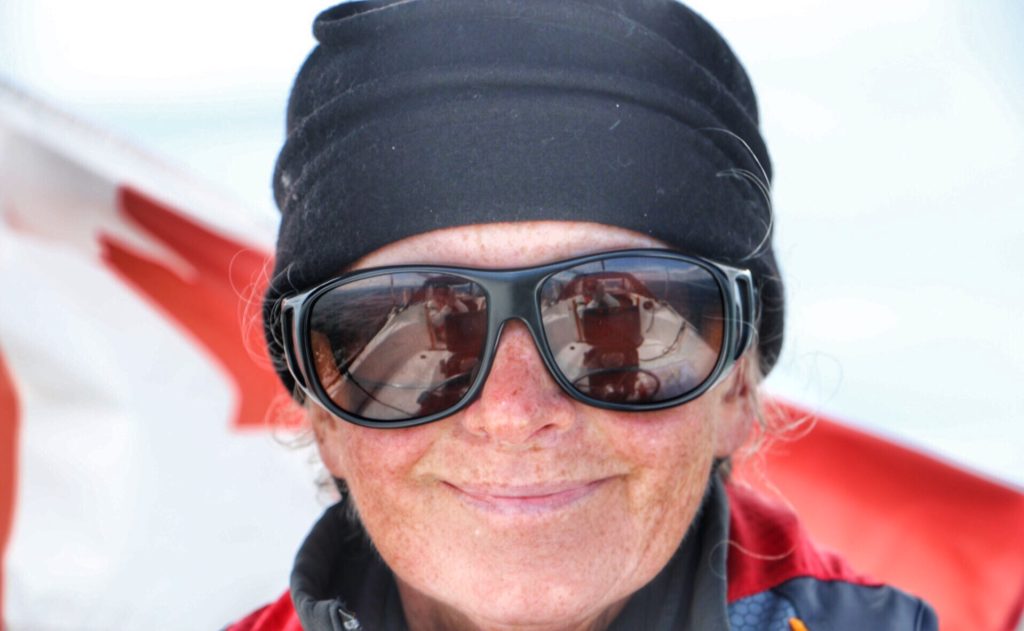 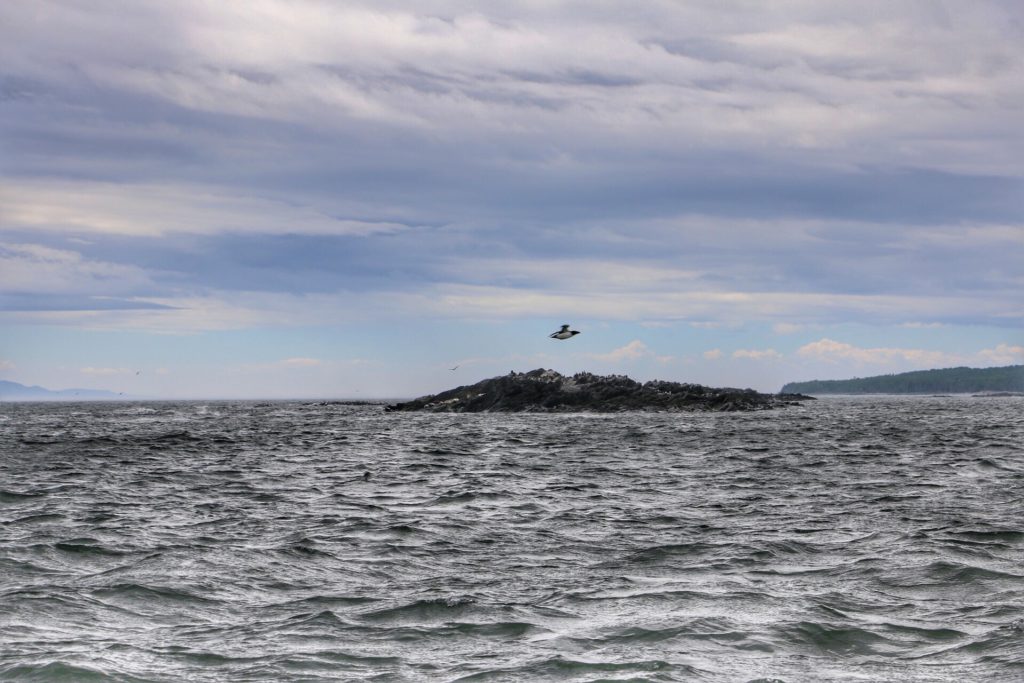 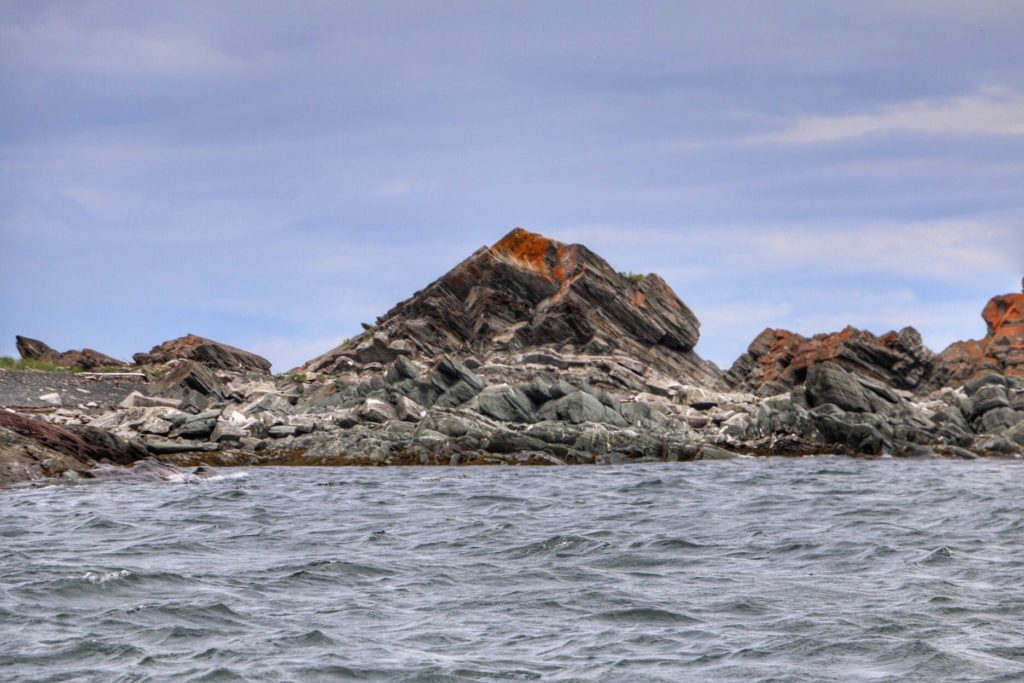 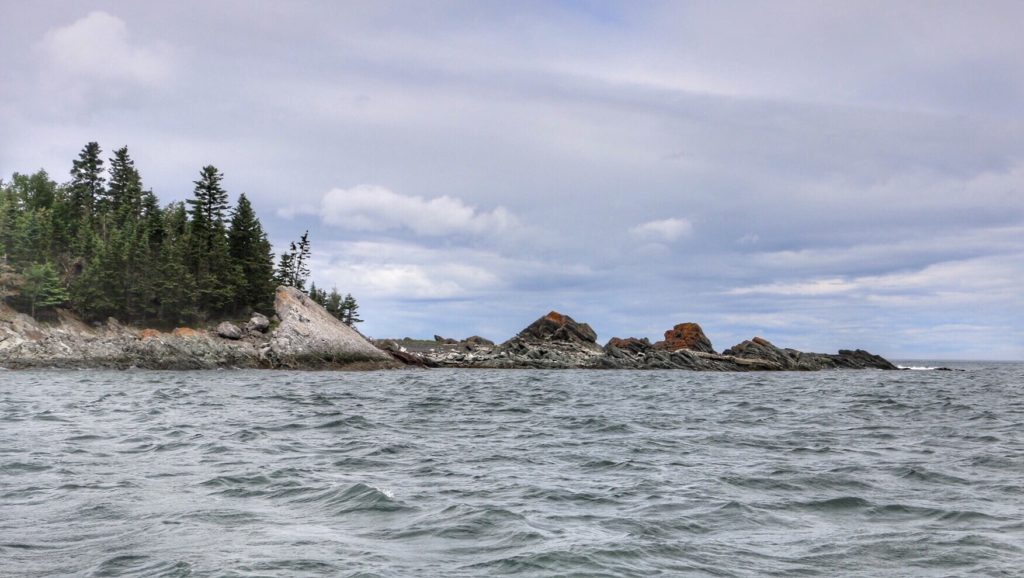 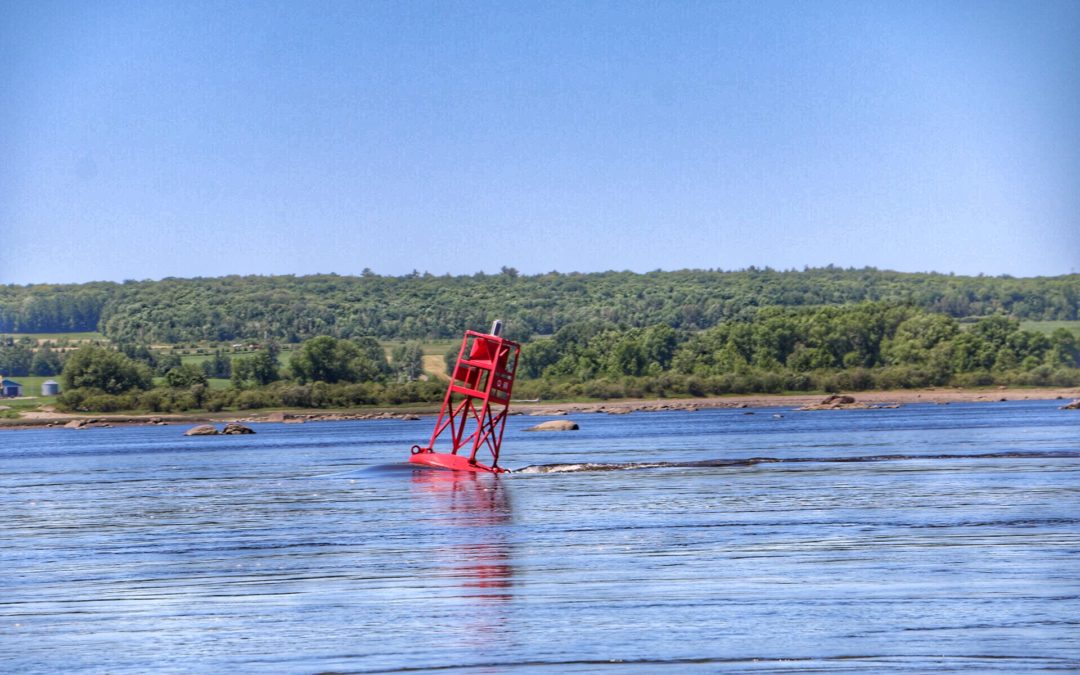 We are now in an area of the Saint Lawrence where tides and currents will be a major factor.  Each day we calculate times of high and low tides, and pick at least three possible locations to stop if and when needed including optimal anchorages.

Just to give you an example, we departed at 09:00 at the calculated high tide to give us the maximum push.  We covered 39 nautical miles.  Our usual travelling speed, sail and/or motor, depending on the wind conditions, is 6 knots.  But because of that ‘push’ of the retreating tide water we travelled (actually surfed) at times 11 knots and arrived 1.5 hours in advance of our usual travelling time.

The force of the water is impressive. 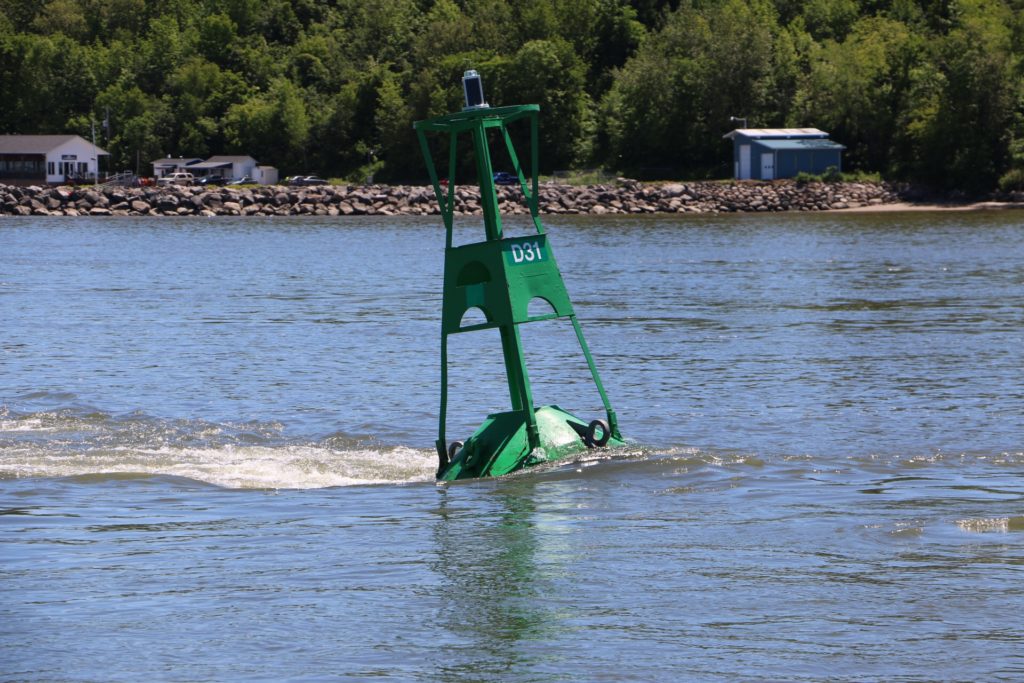 …and even when very little wind exists the water swirls as if boiling. 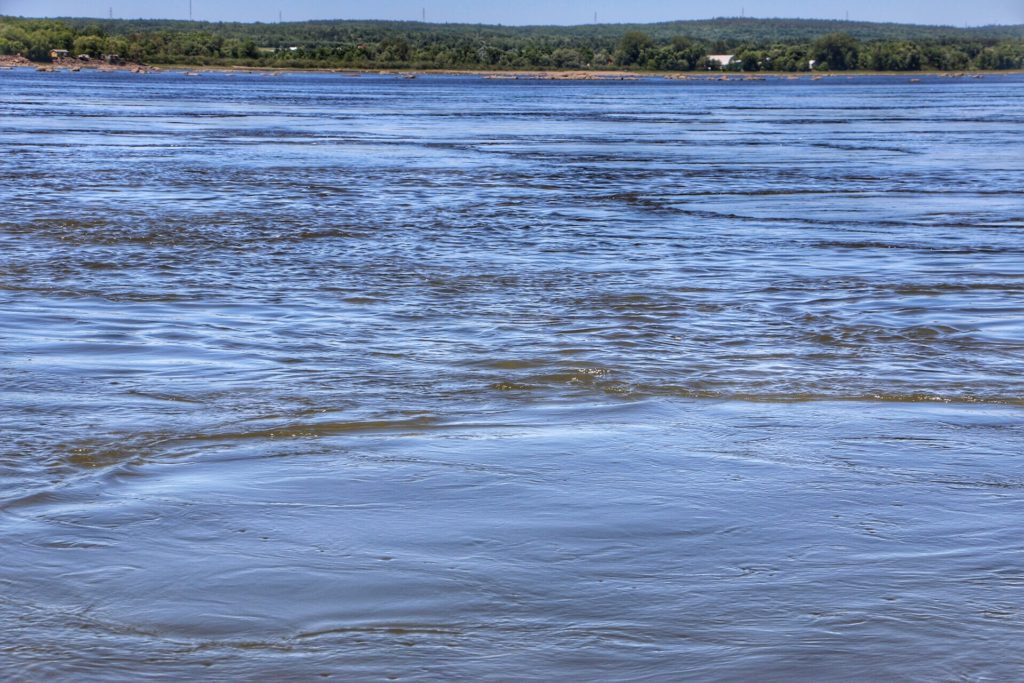