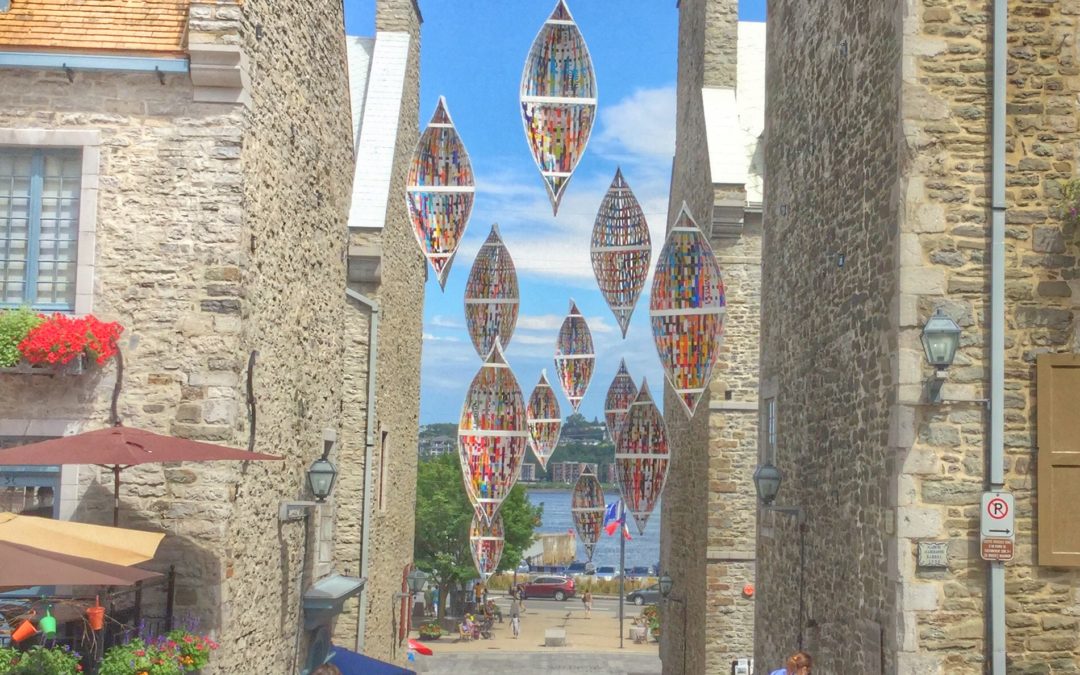 Secured for a couple of days we cleaned up a bit, both R.E.D. and us.  After a wonderful land shower, we dug into our locker of clothes that have remained packed away since we last felt warmth.  All ready for a trek to the big city for provisioning we walked along the Lévis waterfront’s great walking/bike paths to the Lévis/Québec ferry. 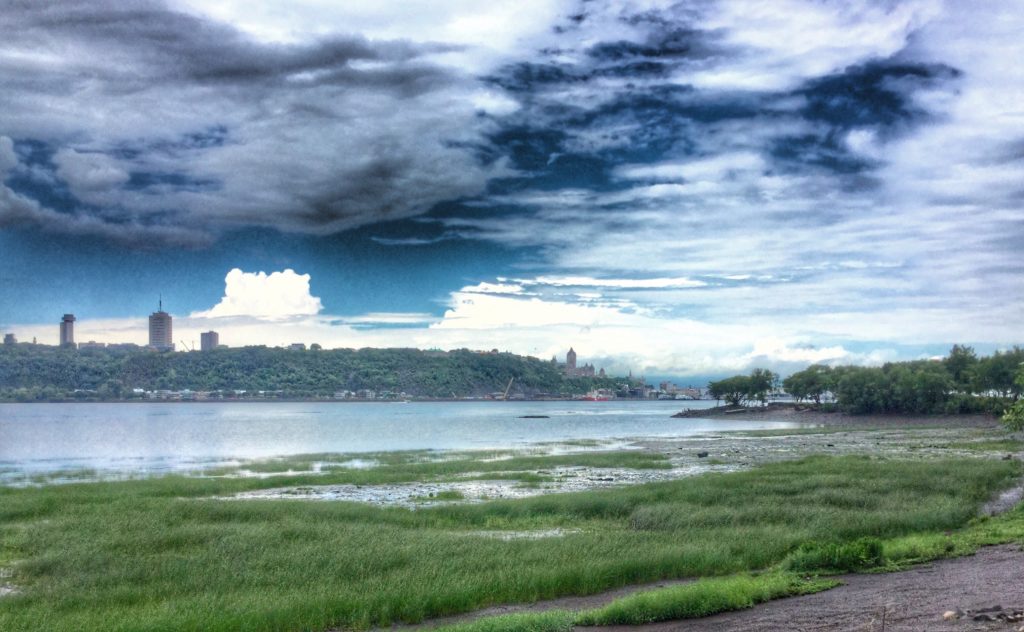 Sun…rain…forecast variable…we were ready with our back pack and rain jackets. 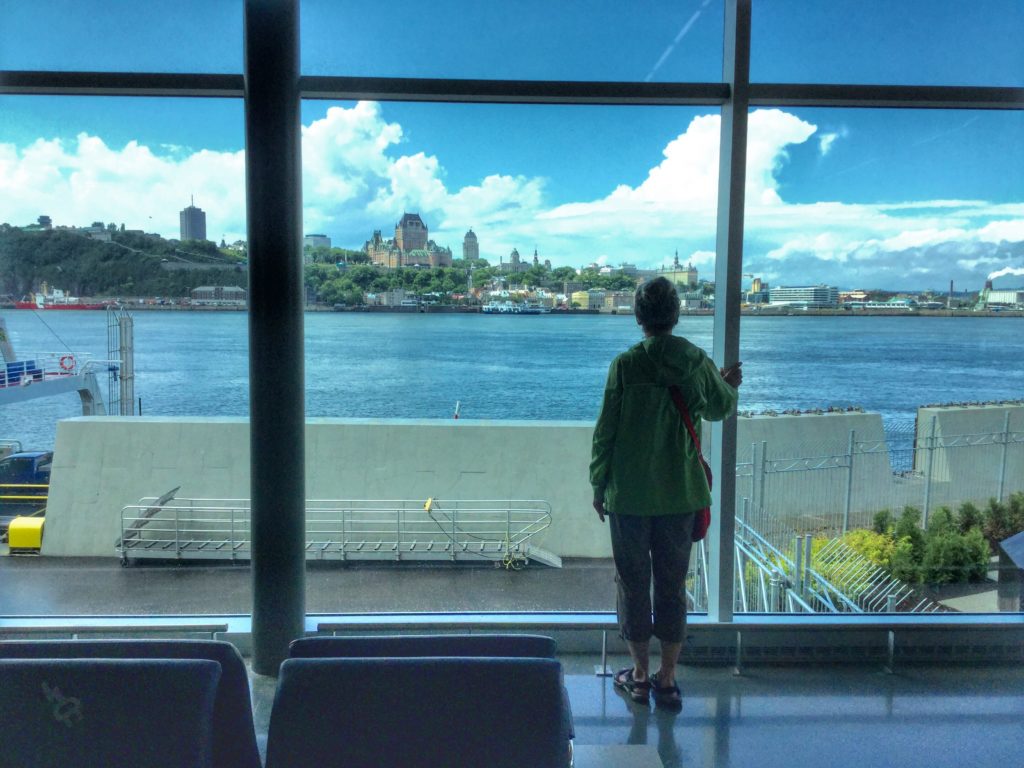 The ferries run every 30 minutes and take barely minutes to cross the span across the Saint Lawrence. 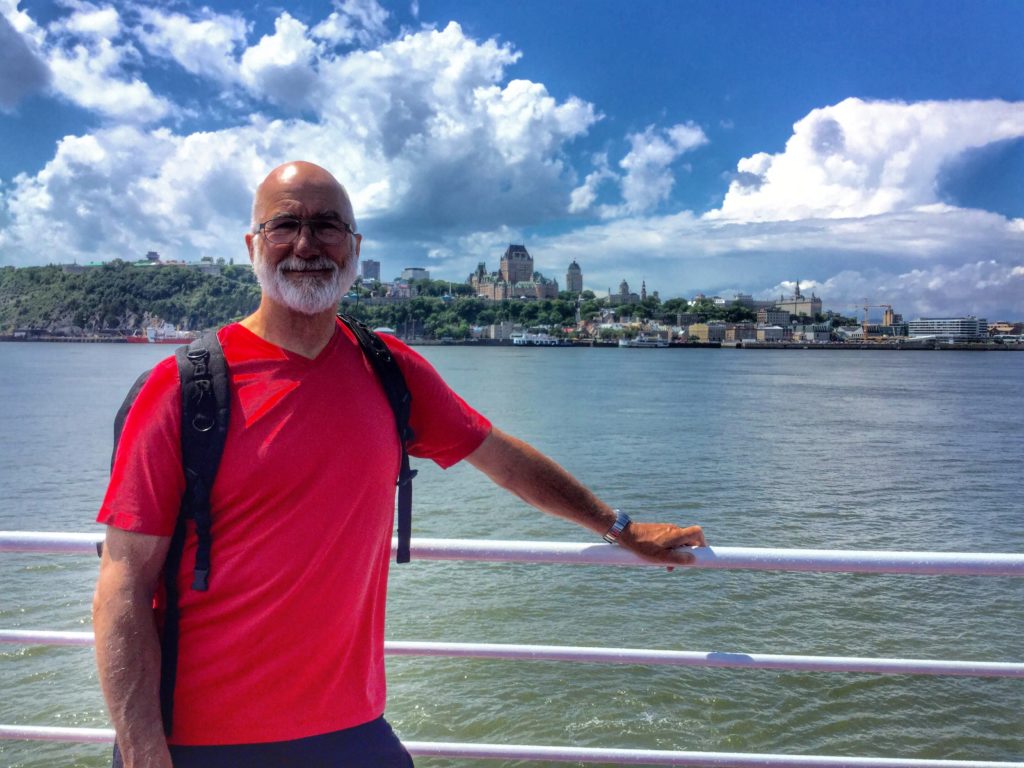 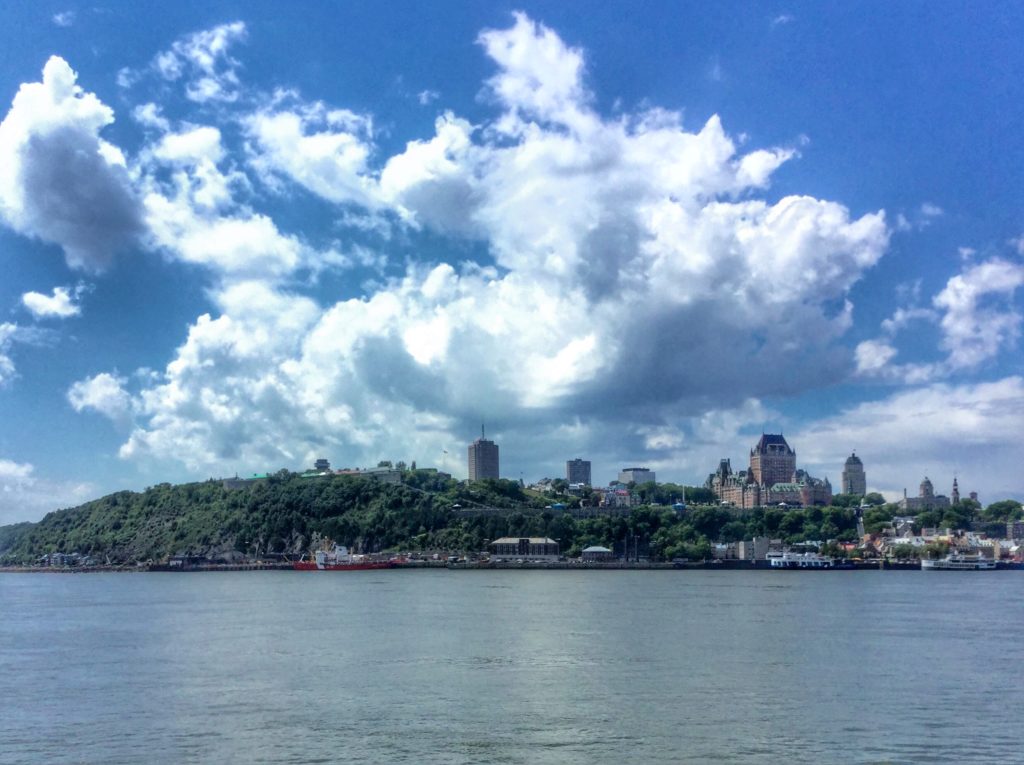 See those clouds gathering? Well they opened up during our little trek through the Old Port but it was actually a really pleasant summer skin-soaking rain. What did we care? Funny thing was, with all our provisioning bags and bedraggled appearance, François noticed that even the homeless people passed us without even asking for a donation. It was a very long trek but now back onboard we have all our essentials to continue on tomorrow during favourable tides. 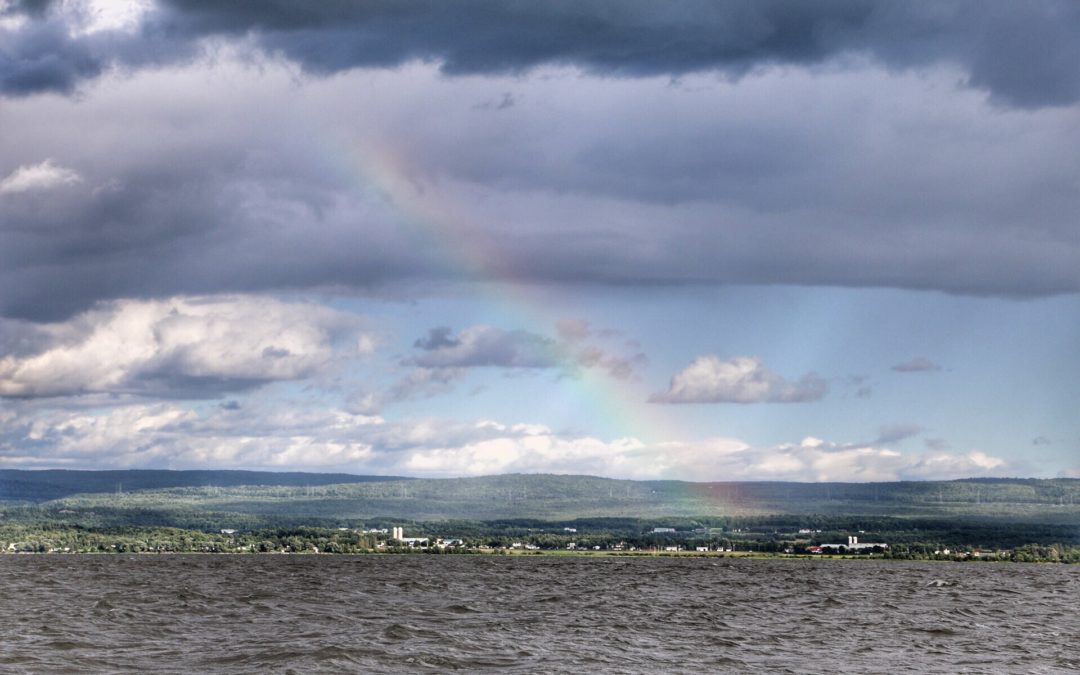 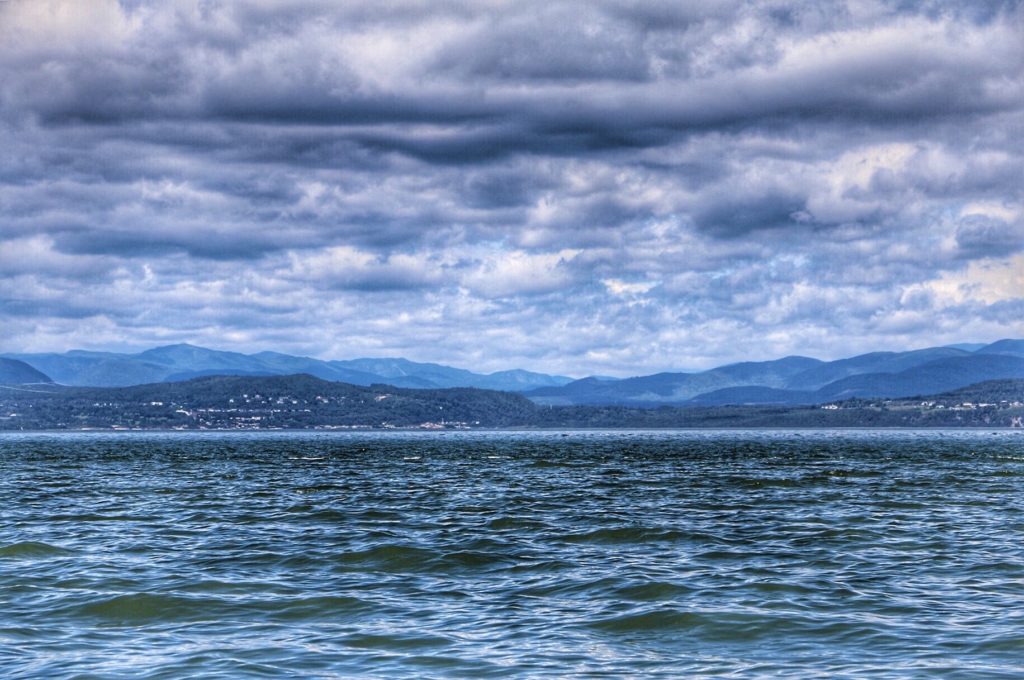 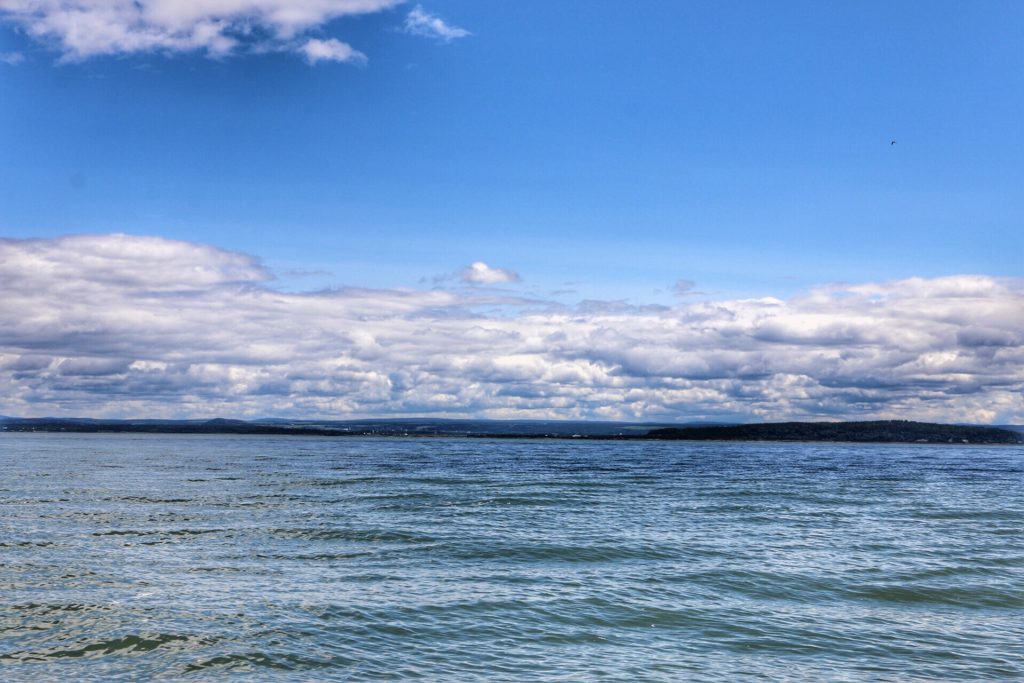 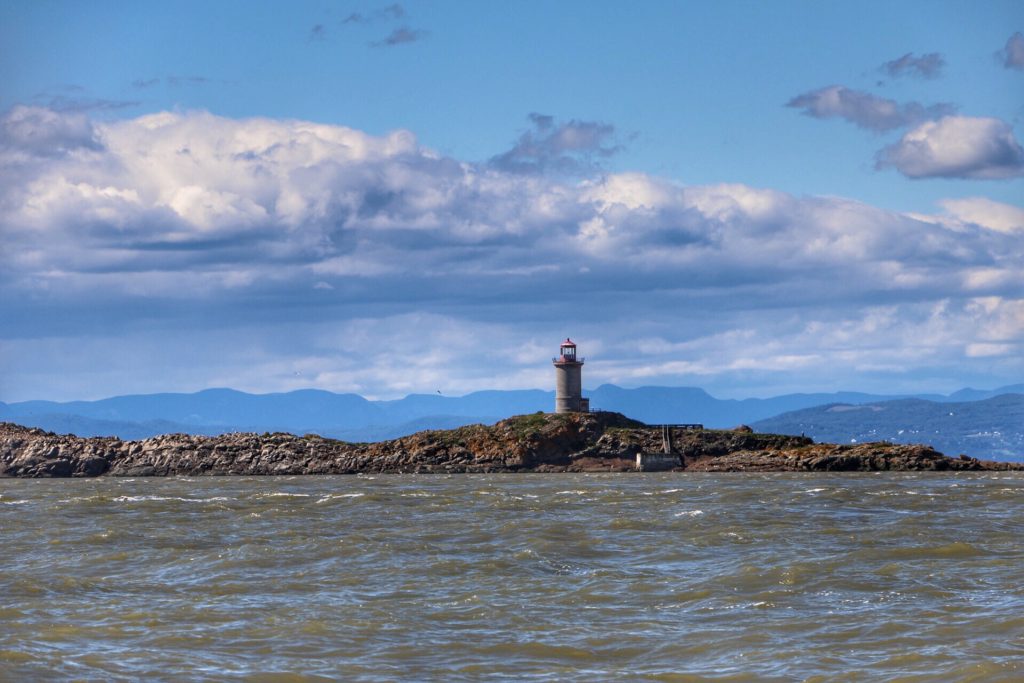 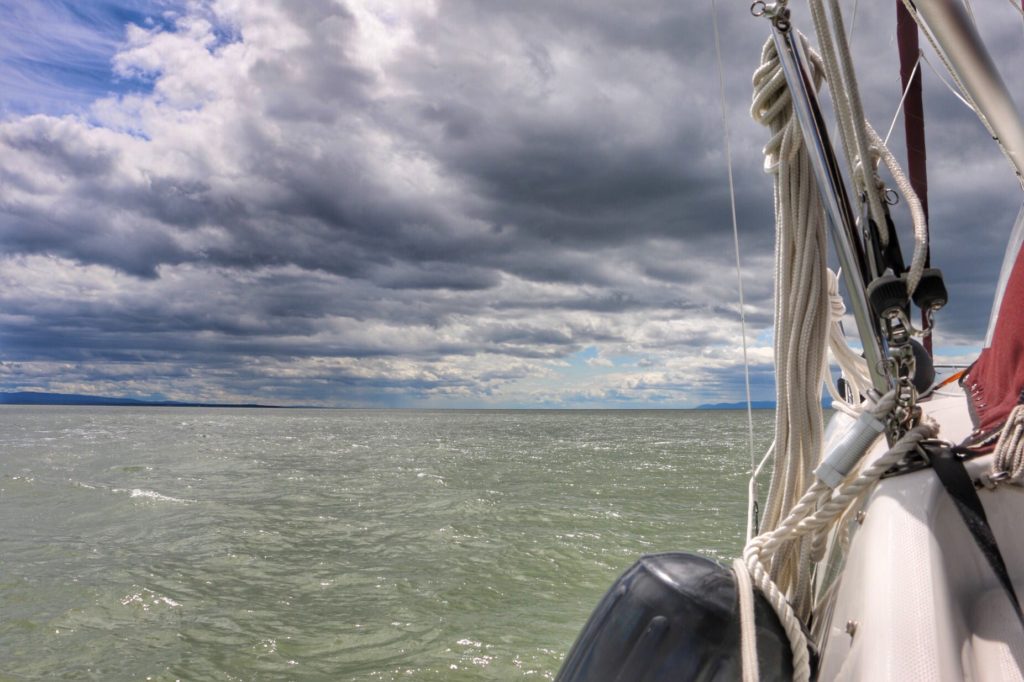 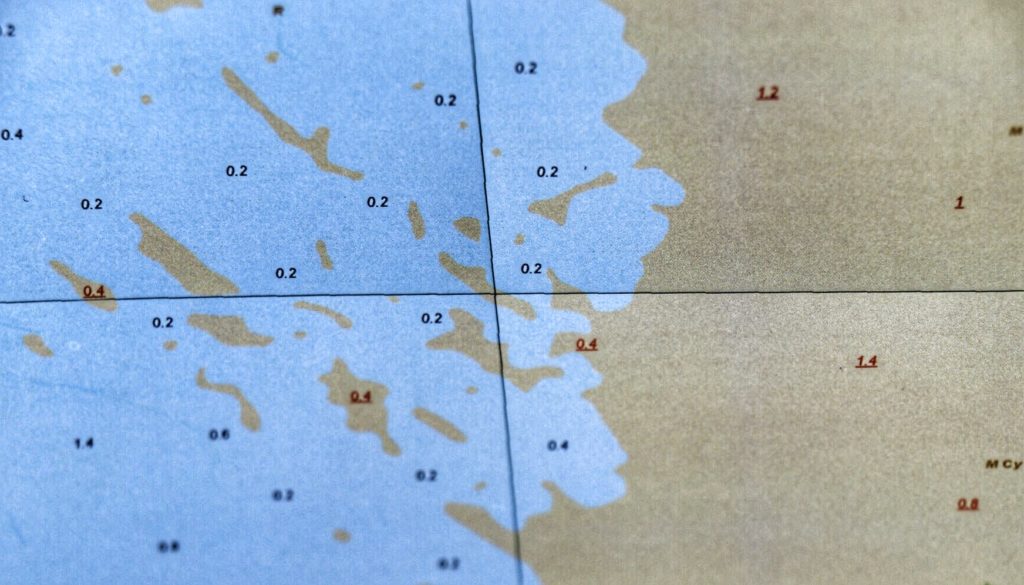 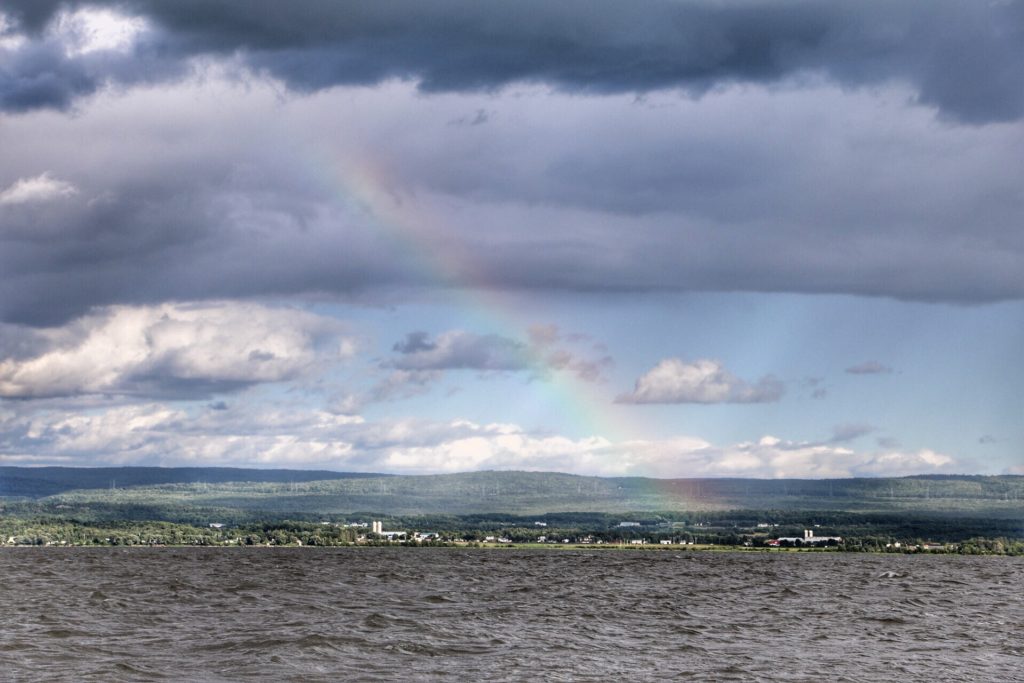 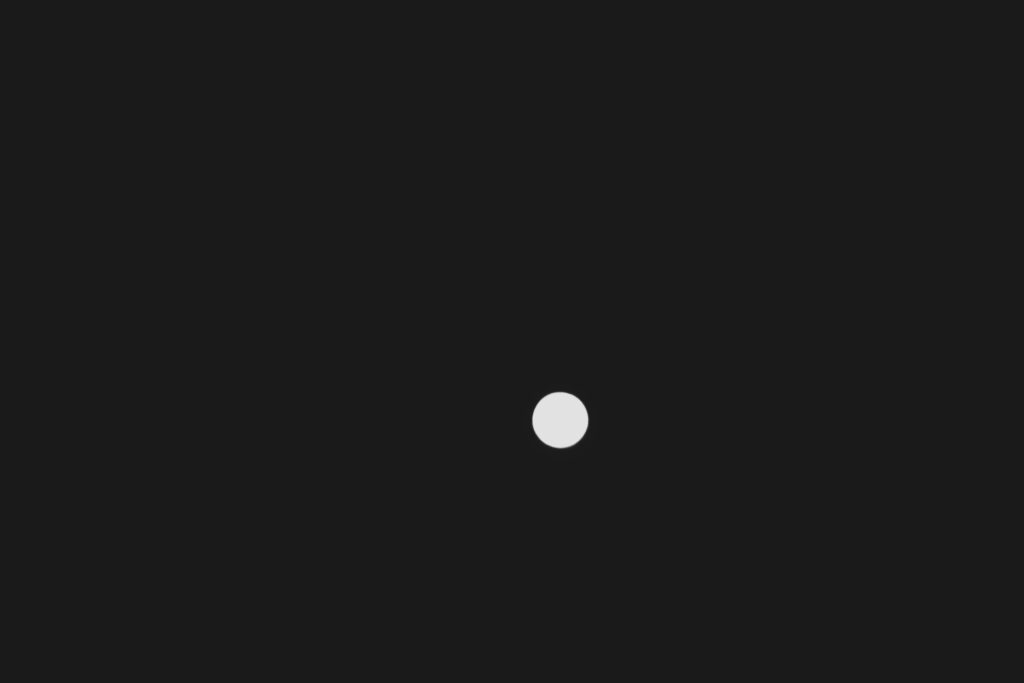 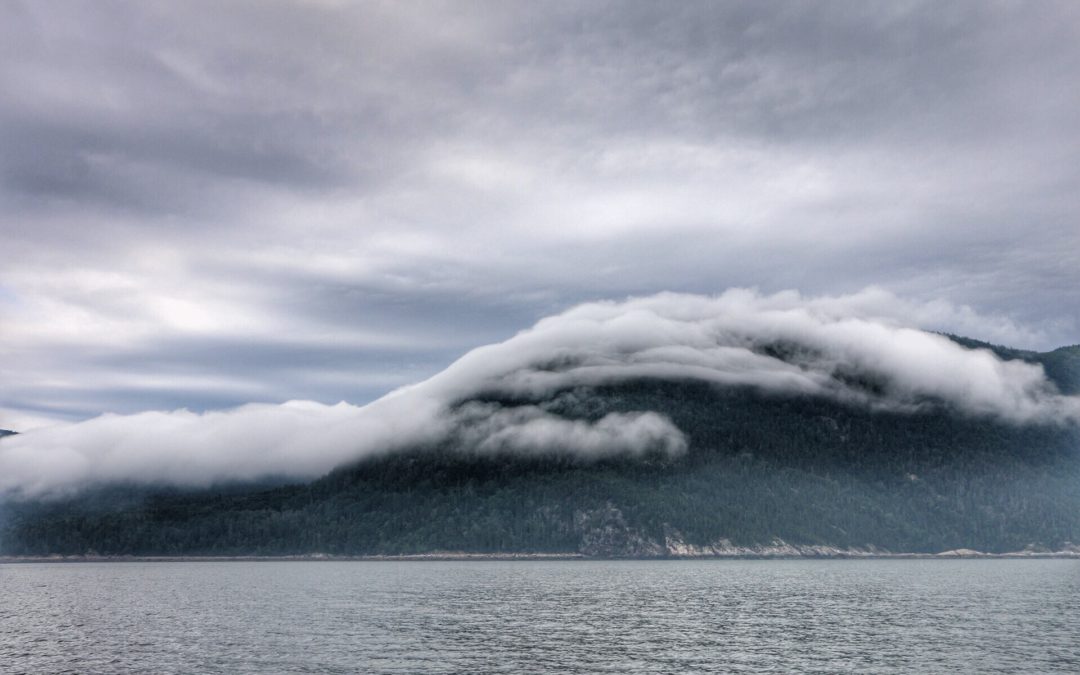 REFUGE from the STORM

Knowing there was weather of a severe nature behind us and coming our way made our choices today so much easier.  We hauled anchor in our little paradise at low tide to take advantage of the current push and headed farther west. 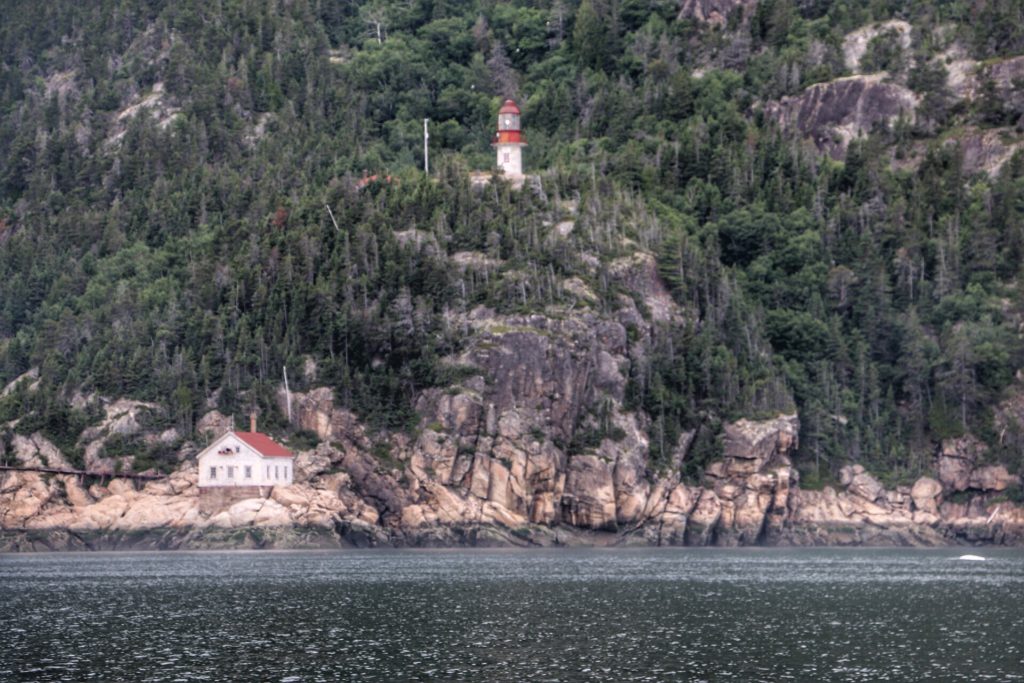 Thick fog at times meant using the radar although the majority of the day was cloud with sun breaking through.  It was all so innocent. 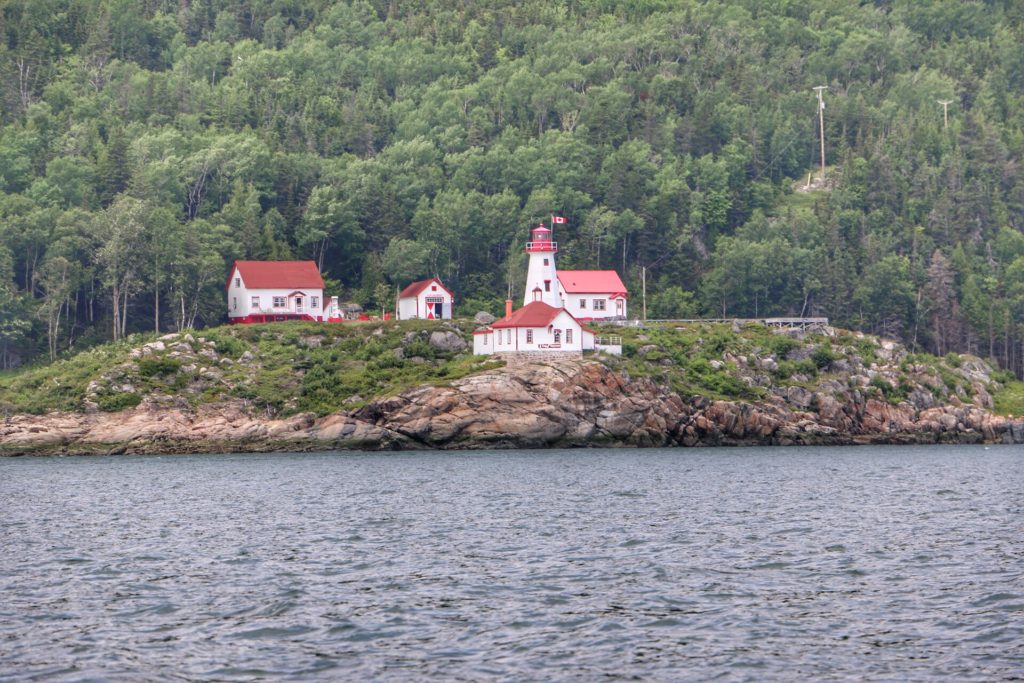 A beluga breaching not more than 50 feet from us really made our day! 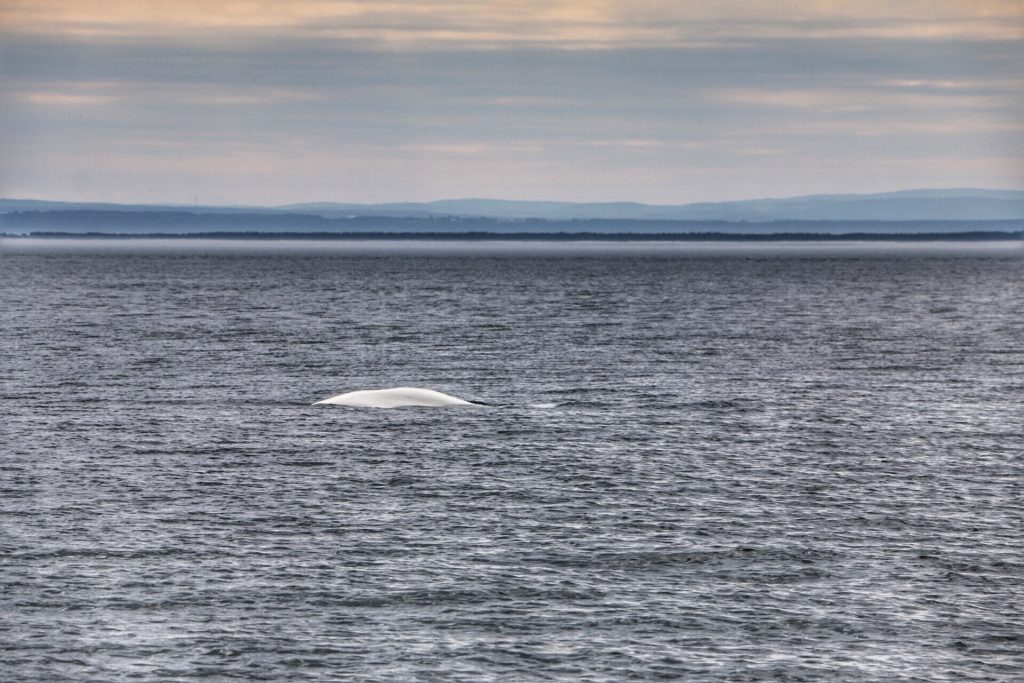 But then the wind picked up and the skies darkened… 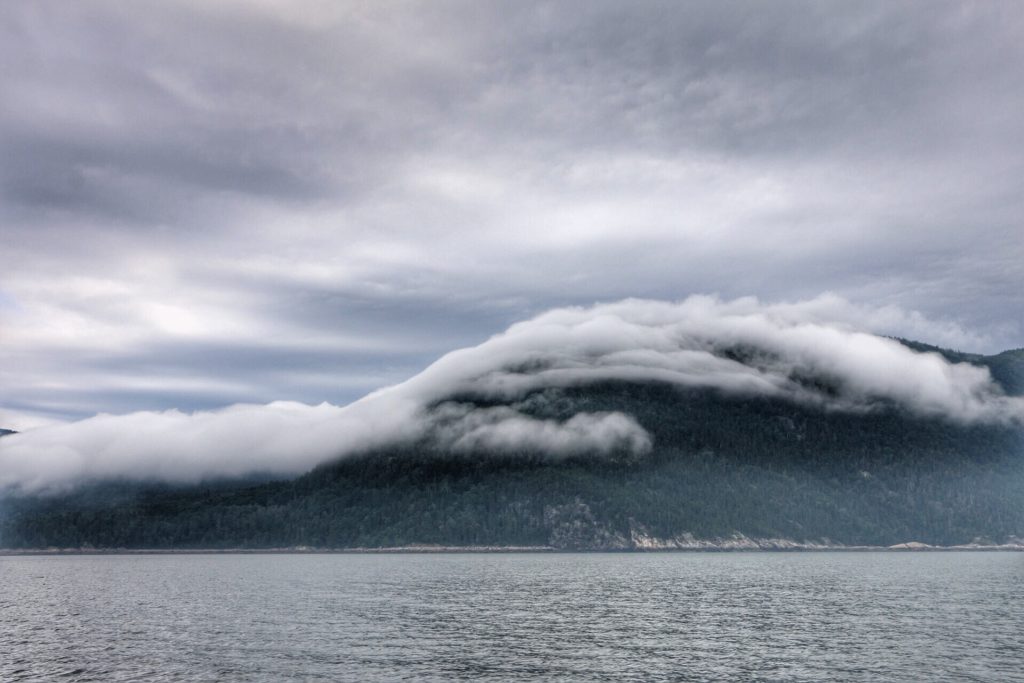 In 1608 Champlain arrived here and named this place Malle Baye meaning ‘poor or bad bay’. Now called Malbaie we have to agree.  This area, with today’s weather conditions and SW wind direction (squall watch, severe wind warning, thunderstorm) is not the best place to anchor. 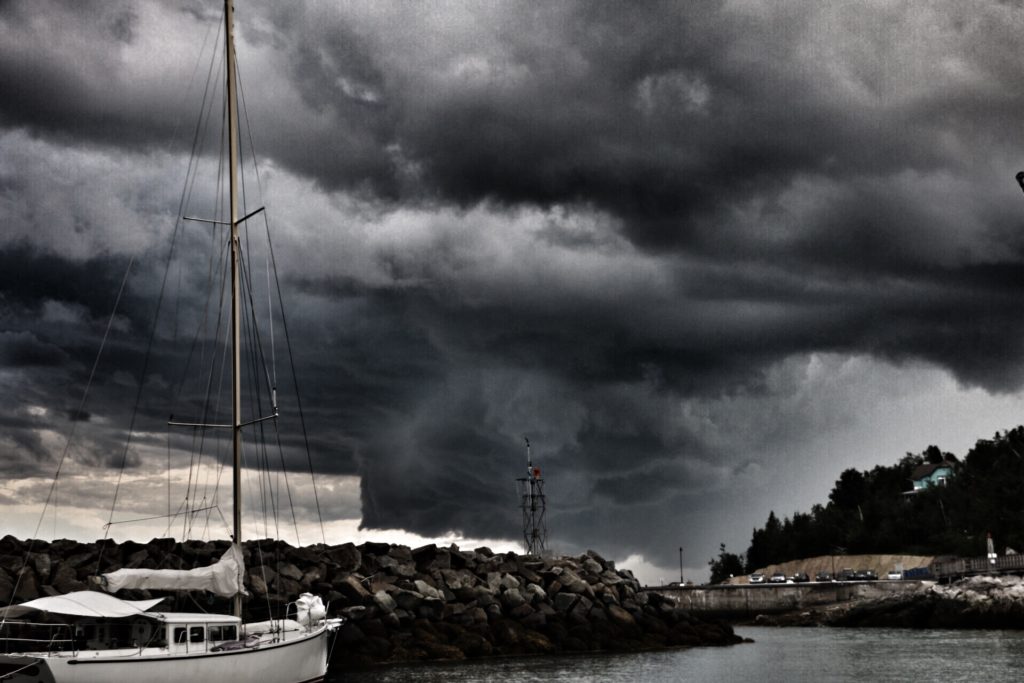 When there aren’t even 2 seconds between lightning flash and thunder strike you know that  a safe harbour is where you want to be.