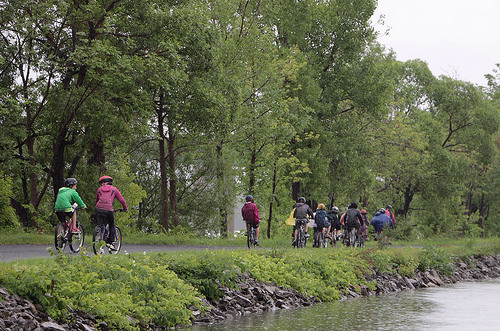 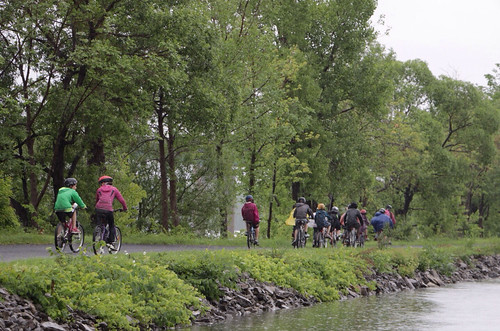 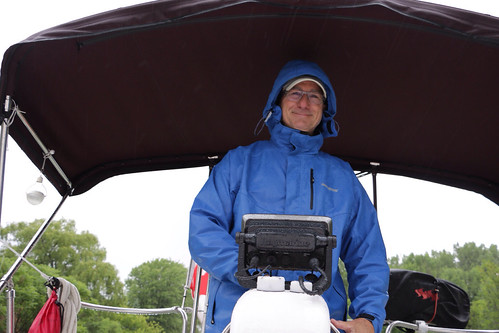 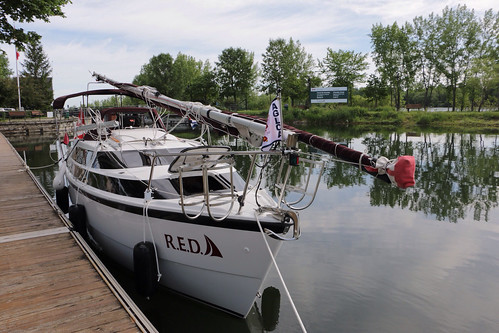 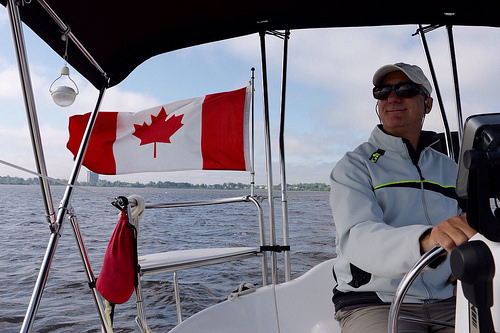 DAY ONE of our summer adventure… 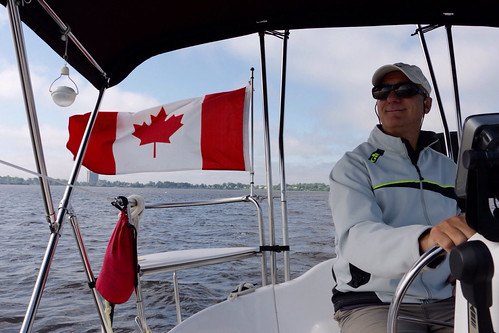 We left our boat home at the crack of 09:15
not quite as early as we had hoped, but… 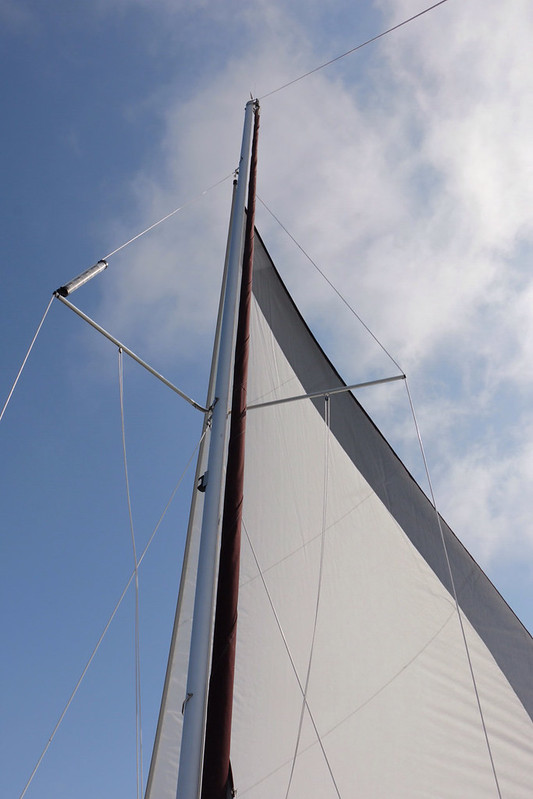 …a super sweet sail on a broad reach, 5 knots SOG… 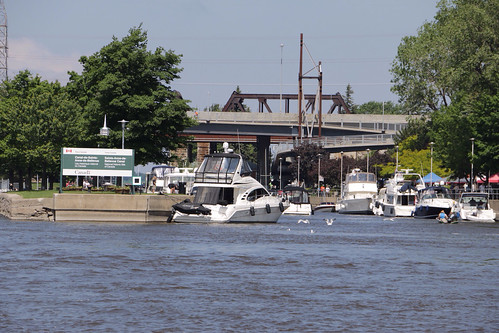 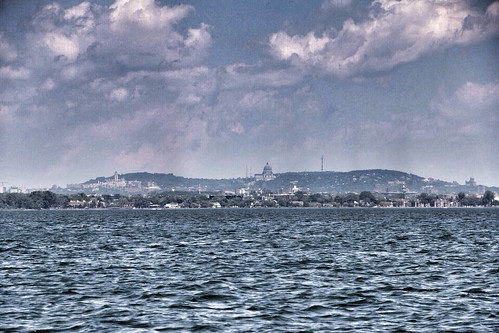 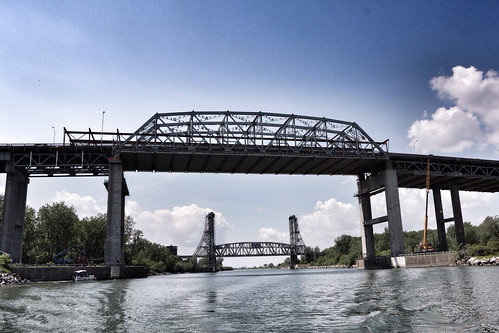 …on the charts the first bridge gave us more than enough clearance…
the next…not sure…12 metres (which translates to 39′)
and with our VHF antenna our air draft is 37′.
Turned off the VHF just in case and slipped through with a foot or two to spare. 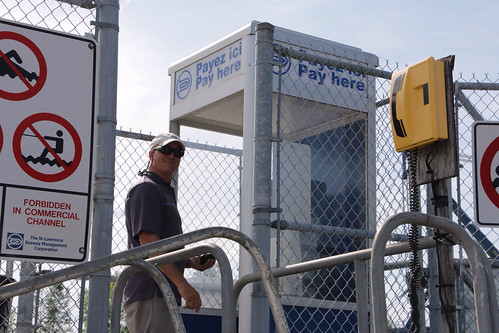 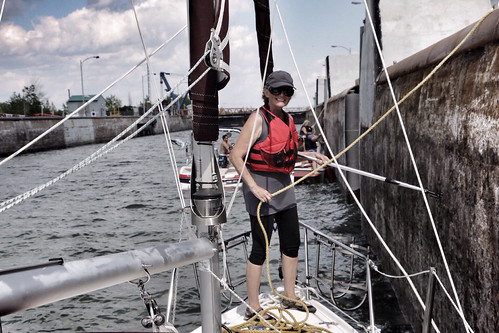 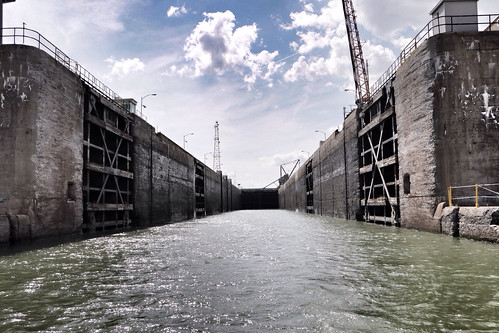 …the first of our 2 Seaway locks exited without incident… 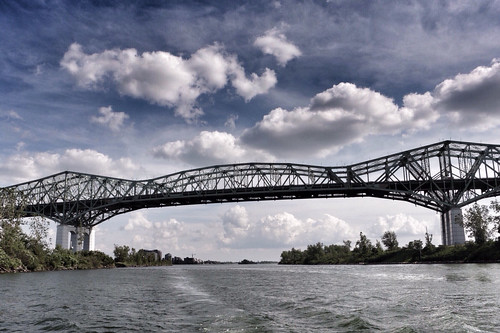 …passed under the Champlain Bridge.
Montreal is a series of islands connected by many bridges.

The next lock in our journey was at Saint- Lambert,

an hour motor ride at 6 knots.

This was the first BFB we saw.

Do you like how I cleaned up our usual term for these giant vessels? 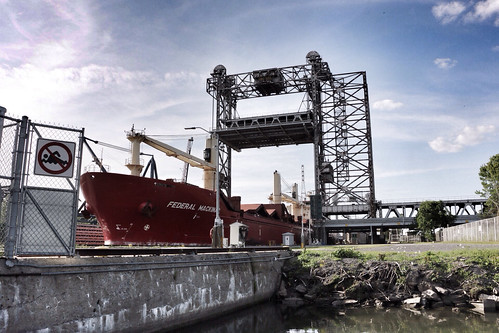 This lock required raising two bridges,
stopping road, foot and rail traffic.
We decided that the best part of this lock,
was that for $30 we had the pleasure of pissing off a lot of people. 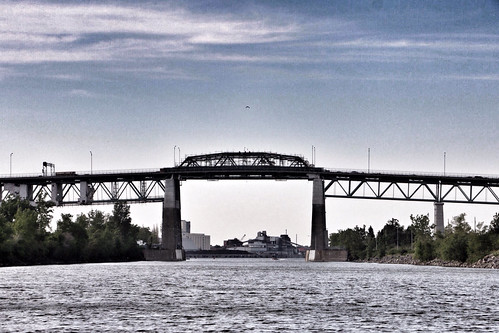 …next came the Jacques Cartier Bridge. 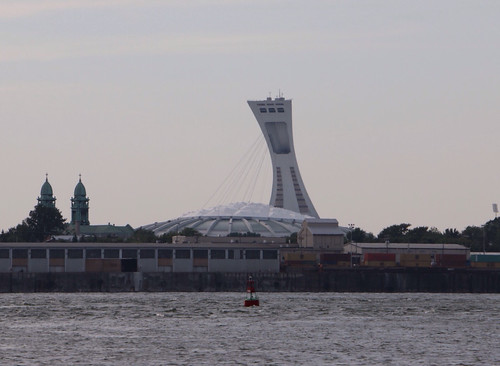 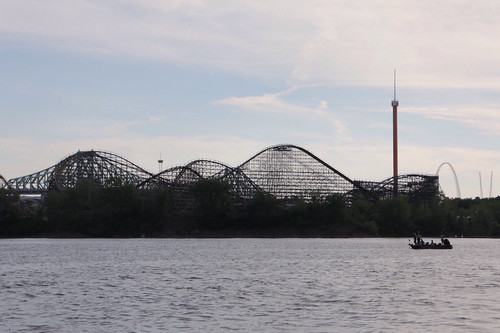 …and some of the crazy rides at La Ronde.

All in all it was a great, albeit long, first day.

The weather was superb. 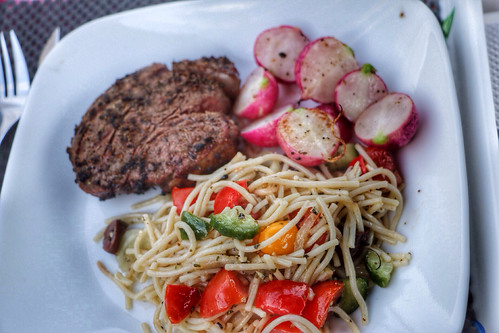 Tomorrow we unfurl the sails

and head out of the city on the next leg of our journey.