STORM by the SEA 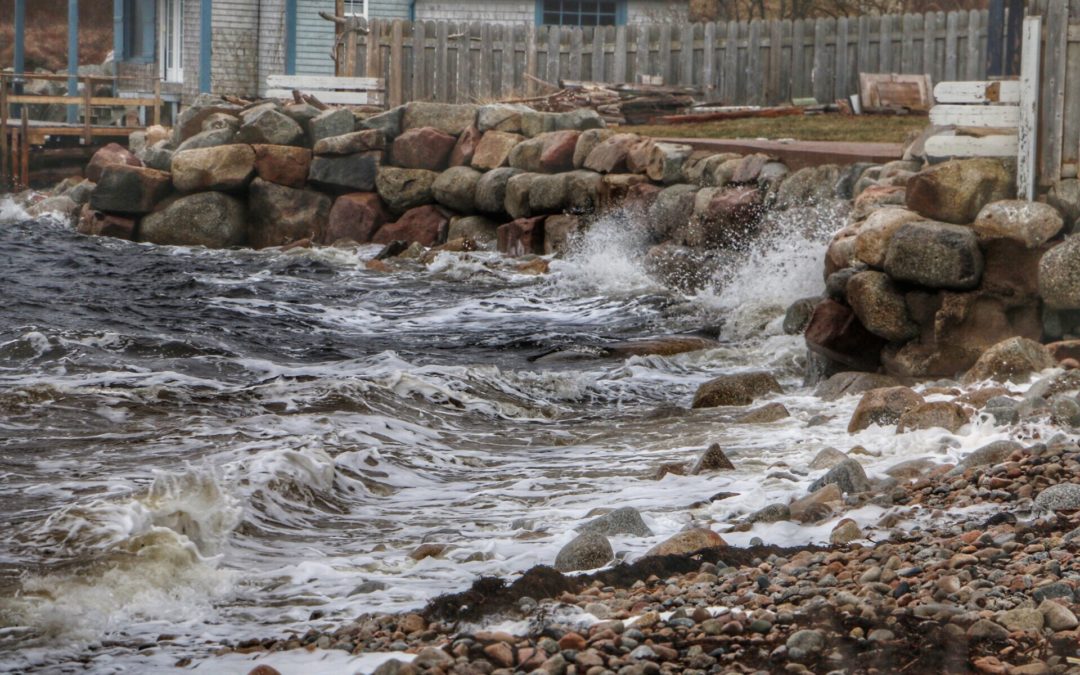 We’re always checking the weather…have been for years. I’m not sure if it was to monitor the water conditions so that we could take precausions when heading out or if it was to fuel our combined passion for stormy days. Maybe a bit of both. We do love storms! Back in Montreal we would be severely ‘bummed’ if we were not on the boat when a storm hit our little Lake of Two Mountains where we spent the summers aboard R.E.D.

But since moving to the east coast it has become a part of our daily routine to log into local weather stations to see what the environment has in store for us. We’ve also noticed that we aren’t alone here in our obsession. And it’s not just idle chit chat one would normally encounter when running into a neighbour or someone at the market. There’s still lots of that for sure because if you can’t complain about the current government or world affairs there’s always the weather to generate lively conversation. I’ve recently begun to understand that there’s a deeper reason for folks here to pay closer attention and it’s not just concern for those bold fishermen who face the elements on a daily basis. Within recent years Atlantic Canada has been hit with some severe storm systems. There was Hurricane Juan in September of 2003 and close on it’s heels White Juan in February 2004 . The history of maritime storms runs very deep here and it was no wonder that yesterday when we set out for our supplies there were rows and rows of empty shelves. Line ups for refilling propane tanks. Supplies of bottled water, gone. Dairy section, empty. Snack food aisles devoid of products…locals call them Storm Chips. People are preparing.

There is another storm coming our way…termed a ‘weather bomb’….when atmospheric pressure drops more than 24 millibars within a twenty-four hour period and reports show a drop of almost twice that. As I begin writing this we are in the full thrust of the storm. Power outage for the complete Aspotogan Peninsula…where we live….waves are pounding the shore and winds are howling.

We are fairly confident that we are prepared for whatever comes today. To begin, our little home by the sea, although in her 88th year, is solid. She trembles from time to time as the force of the winds hit her sides and as we sit securely inside it sounds like a giant train is passing outside our door…but by passing I mean the roar continues for hours. Outside all things vulnerable are tied down and fixed. Lines on the boat tarp drawn in tighter. Our deck fire place, pitched off its perch in the last two storms has been anchored well. I refuse to remove Christmas decorations this early so door wreaths now rest inside as I had a hard time locating one of them after the Christmas Day gale.

So with the belief that our envelope is safe we focused on our immediate needs, water being the limiting factor. We depend on well water which is pumped electrically to supply our daily needs. Drinking, cooking, washing and maybe more crutial, flushing the toilets. According to the experts we should have two litres of water person per day should we lose power so our boat water jugs have been filled ready for use. I took care that all laundry was done yesterday, dishes washed etc. I refilled our lovely coffee machine then in a ‘smack-myself-in-the-head’ moment realized…no power…no coffee.

Which brings me to what we’ll need to sustain us during an outage. Warmth will be provided by our propane fire place. The pilot uses battery power to start, thankfully, so as long as we have a good supply of those double A’s we can stay warm. Lights? We have emergency flash lights on each floor now (during the first power failure in October we has no idea in which box they were packed). They plug into an outlet and illuminate when power fails to provide six hours of useage. For the rest we’ll have to depend on candle light (carefully of course), our boat solar lanterns and our supply of battery operated candles.

So we now have water, heat and light. Next comes dining. I could have gone all off grid and bought cans of things but instead made a large pot of turkey soup which will last for at least 3 full days. And I made a double batch of my daughter’s yummy biscuits…a recipe very share-worthy on seasaltgalleykat when back online. Our fondu pot became the perfect heating supper mechanism and with lit candles and a glass or three of wine we made it the perfect romantic dinner for two. We’re heading into our first night without power and it’s no big deal. We’re warm. We’re supposedly sleeping anyway. But there are always things running around in our heads….Francois’ head in particular. Have we done enough? What’s that noise? Which brings me to an elephant in my bedroom that I need to talk about. It has a name … hyper vigilance. I’ve thought a good deal about it over the past few years and have now come to an understanding that I’m comfortable with. For someone who has spent almost 40 years training to be prepared, to plan, to be ready to deploy, to be educated for all realms of combat, to have been on seven missions (the last three possibly the most challenging), it must be impossible to flick the switch to ‘off’. The old adage ‘you can take the soldier out of the army but you can’t take the army out of the soldier’ fits this life we are living and now more than ever I’m appreciating how all that training is keeping us safe. 2:00 am Discussion with Champagne

It’s because of all the preparedness that we are comfortable and not fumbling around in the dark. OK so it’s not all him. I can take some of the OCD Galley Kat credit for making things ready…and comfortable…and pretty…and pretty delicious.

Speaking of Galley Kat reminds me of what Francois said yesterday. He thinks it was somewhat easier to be on the boat at anchor without shore power than here on land. Somewhat. And he’s right. We had light, heat and could cook meals in some pretty horrific conditions with very little effort. What I’m not missing though is the uncertainty of the anchor holding during no less than three gales two years ago while in the Gaspe region of the Saint Lawrence River and freezing our butts off in mid-July blogging in mittens and tuque. I mean, really! Here we’re a five minute drive to the village for supplies if needed and Nova Scotia Power has set up ‘comfort stations’ around the province (our nearest is in Chester) for those wanting to come in from the cold for coffee or cocoa or just to recharge devices if needed. We’re more than fine. We took a walk this morning before breakfast and before we lost power. We hadn’t yet reached the peak of the storm but the sea still looked rough. Gramma Beach had disappeared and was awash with the pounding surf of the storm serge at high tide. We found Maude and Herold resting at the end of our lane way. Later they and several others came to perch on the rain drenched ice covered Duck/Skating Pond because the waves had become far too fierce for their liking.

Mid-afternoon we took another walk along the shore road dressed in our foul weather gear. It was at the height of the storm and the winds were brutal. The force of the waves impressive. Holding Francois’ hand kept me from being blown over.  Should have had more porridge this morning to give me additional ballast. Now at this point in my story it’s morning.  Francois hooked up the generator so we could have a fine cup of coffee and plugged in the refrigerator while we wait. Morning Java via Gen the Generator

And then within minutes, boom! The lights came on. Just like that.  Not even twenty four hours later. I’m mildly disappointed that it couldn’t have lasted a bit longer, you know, just to see how we’d manage although I wouldn’t want to wish hardship on anyone and am really thankful for all those NS Power folks who brought the Aspotogon Peninsula back to life.  There are still many thousand more customers to please.

Now that I can finish uploading the pictures and sign off till the next time, I’ll close with a video that Francois took on our walk yesterday.  January 2018 Weather Bomb, Mill Cove, Nova Scotia (click to view)

Many thanks to all who messaged, emailed, texted to send words of encouragement and to check up on us.  As our friend Beth said, we’re a ‘hardy stock’

Sent from my iPad